An exhibition marking the centenary of the Russian Revolution and its art should be a celebration of one of the most innovative periods in the history of the visual arts and humanity. Instead the Royal Academy has produced a stolid exhibition without any sense of what the revolution overthrew. Also it is supported by modern Russian art collections, which bolster the narrative of communism as dictatorship.

Trotsky said of 1917, “The revolution is, in the first place, an awakening of human personality in the masses — who were supposed to possess no personality…”

It is important to remind ourselves of this because the dominant narrative ignores the majority of soldiers, workers and peasants who actually made the two revolutions in Russia — February, which overthrew the Tsar, and October, which ushered in a workers’ government. This description of 1917 by the American journalist John Reed expresses the transformation: “The thirst for education, so long thwarted, burst with the revolution into a frenzy of expression. From the Smolny Institute alone, the first six months, went out every day tons, carloads, trainloads of literature, saturating the land. Russia absorbed reading matter like hot sand drinks water, insatiable.”

Most of the intelligentsia in pre-revolutionary Russia were tied to Tsarism. The fall of the Tsar broke some of these links but not all. They also carried the ideology of the emerging bourgeoisie and, although nervous, accepted the February Revolution.

But the intelligentsia did not welcome October, for it quite clearly represented the coming to power of the working classes, wearing boots and working clothes — and, worse still, led by Bolsheviks. Their main response was to run away, hide or boycott the regime.

Before the revolution there developed groups of very articulate and angry artists who came up against the mummified official art of the academy that dominated the last years of the Tsarist regime.

These artists set out to break the rules, embraced the modern developments in art — cubism, futurism and expressionism — and gave them a Russian twist. When the revolution came these groups were still at odds with the old and they embraced October. These loosely made up the avant-garde, led by Russian Futurist poet Mayakovsky, visual artist Malevich, along with constructivists Rodchenko, Popova, Stepanova, and Nathan Altman and theatre worker Meyerhold, plus many others.

In response to the revolution El Lissitsky, when the bullets were still whistling through the streets of Moscow, hurried to see the Committee for Art set up by the Soldiers’ Deputies, to obtain the orders necessary for undertaking effective propaganda work.

They embraced the workers’ revolution of October as the liberator of art.

Most of the art in this exhibition was generated by these discussions. Apart from insisting that artists did not organise against the revolution, there was no censorship in the first years. This came with the rising bureaucracy under Stalin from the late 1920s onwards.

The first room in this exhibition is labelled “Salute the Leaders” and sets the context for the narrative — that from the beginning this was a coup by Lenin later taken up by Stalin.

In the first room there are two works that show the mass nature of the revolution.

One is Boris Kustodiev’s superbly vibrant realist painting Demonstration on Uritsky Square on the Day of the Opening of the Second Comintern. With festive crowds, banners and flags waving, speakers delivering orations, people reading newspapers, you get a sense of what street politics was like.

The second piece is a small futurist bronze by Vera Mukhina, Flame of the Revolution. This was to be part of Lenin’s plan to produce monumental propaganda, replacing the old Tsarist statues of army generals, priests and landowners with ones representing the revolutionary tradition across the world. Only a few were finished, mainly because of the lack of resources.

In the initial period most visual artists were involved in propaganda work, explaining the needs and direction of the revolution to a mainly illiterate population.

There is a whole room dedicated to Malevich, including his marvellous 1932 painting Red Cavalry. Malevich was the most experimental and uncompromising of the Suprematists. He remained committed to the revolution to the end of his life. Stalin had him arrested on a few occasions but he managed to survive and produce the most extraordinary abstract figures when the order came down to return to figurative painting.

Ironically the exhibition, through the work shown, demonstrates the fate of the revolution from heroic struggle to tragic defeat. After the first room, which I found dishonest and a reflection of the static ideas of official art history, we can view some of the most exciting art, photography, film, and ceramics created in the ferment of revolutionary struggle.

Then midway the dominance of figurative realist work reasserts itself. It is the re-establishment of the academy, although this time called the All-Union Association of Proletarian Artists, built up by the new bureaucracy of Stalin’s counter-revolution. Some of the paintings in the final rooms of the exhibition represent a return to naturalist art, mainly landscapes and portraits, that became the basis for the “socialist realist” paintings of the 1930s, the only art permissible.

Experiment has gone the same way as worker-led soviets, Trotsky and Bolshevism. Many of the young Constructivist artists, experimenters, writers and theatre workers who aligned themselves with the workers’ state were liquidated in the gulags, along with the original Bolshevik revolutionaries from 1917. For Stalin the avant-garde was too close to the Bolsheviks.

Despite itself, this exhibition demonstrates through art the strangling of the revolution. I would recommend seeing the art — just be critical of the accompanying text.

As you leave the exhibition, you are confronted with a film of Stalin smiling. I would rather finish with Trotsky:

“While the dictatorship had a seething mass-basis and a prospect of world revolution, it had no fear of experiments, searchings, the struggle of schools, for it understood that only in this way could a new cultural epoch be prepared. The popular masses were still quivering in every fibre, and were thinking aloud for the first time in a thousand years.” 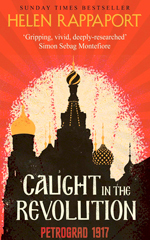 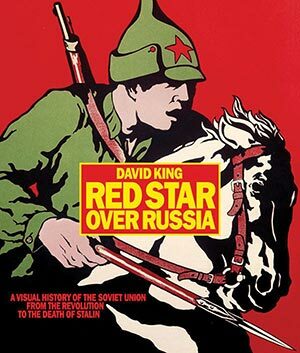 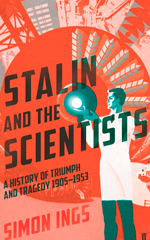