Bert Ramelson was the national industrial organiser of the Communist Party (CP) from 1965 to 1977, a period of huge industrial unrest in Britain. With the rise of Stalin the CP had ceased to be a revolutionary party. Its programme, the “British Road to Socialism”, looked to “a parliamentary majority of Labour and CP members supported by an extra-parliamentary movement”. The revolution was now to take place in parliament and we could wave banners outside.

But the CP had little electoral success. It was, however, much more successful in the trade unions, with some of the best fighters in its ranks.

In the mid-1960s, the CP launched the Liaison Committee for the Defence of Trade Unions (LCDTU). It brought together shopfloor reps and other officials and led a successful fight against legislative attacks on the unions from both Labour and Tory governments.

The LCDTU was the “British Road” applied to the unions. The LCDTU acted to channel the rage of the rank and file into support for the union leaders, especially the “terrible twins” of the left, Hugh Scanlon of the engineers and Jack Jones of the TGWU. These leaders saw their role as negotiators between workers and bosses being undermined by the Tories’ Industrial Relations Act. So with a nod and a wink from the “left leaders” the CP led a successful movement, but always within the limits of what the left union leadership were comfortable with.

Ramelson’s role was to act as an intermediary between the left leaders of the unions and the militants in the CP. He insisted that the role of the LCDTU “was not to form an alternative to the TUC”. Rather its “sole purpose [was] to bring pressure on the official movement”. For as long as the union leaders were encouraging a fight everything worked well. But when Labour returned to office in 1974 the union leaders, including the left, fell into line to support the “Social Contract” and the massive attack on living standards that followed.

Where then was the LCDTU? All we seemed to get was yet another pamphlet. The book fails to show why there was no criticism of the left union leaders by the CP. Why was there no sharp denouncement, no expression of anger, or any articulation of the confusion felt by many militants?

It is difficult to extract any real lessons from this book as it is written to try to enhance the rotten traditions of Stalinism which Ramelson so clearly represented in the CP. What is left out is any feeling of the real struggle waged by the CP activists themselves.

Revolutionary Communist at Work is published by Lawrence & Wishart, £25

Radio: This ‘God spot’ has no right to think on our behalf 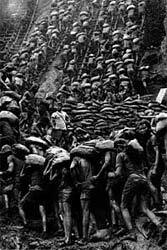 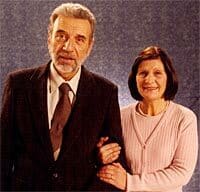 Whisky is a powerful cocktail made from socks and misery