This article is over 14 years, 7 months old
What can an internet-surfing generation learn from the struggle of workers, soldiers and peasants 90 years ago? Abbie Bakan celebrates the Russian Revolution of October 1917
By Abbie Bakan
Downloading PDF. Please wait...
Monday 01 October 2007

Since the success of the Russian workers’ revolution in October 1917, every period of radicalisation and social transformation brings back this moment of history as a reference point.

Today a new generation has challenged neoliberalism and war across the globe, and activists are once again engaging in hours of discussion about how to change the world. Many who have not thought about politics before are asking new questions, surfing websites, listening to speakers and reading everything they can find. Over and over again the lessons of the Russian Revolution enter the mix.

The Russian Revolution of 1917 took place in conditions very different from the liberal democracies of today. But it remains a high point of creativity, when masses of workers and peasants stood up and challenged a degenerate capitalist system committed only to profit and war. Despite all the changes brought by modern capitalism, the degeneracy of the system has tenaciously stayed with us.

The Russian Revolution was a magnificent example of mass resistance – but it was also more than this. The revolution laid the ground for a real alternative, an entirely different system of democratic government.

The success of a mass, working class revolution in a major country, consciously inspired by the ideas of Karl Marx and Frederick Engels, put the lie to the claim that the poor and oppressed are incapable of running society for themselves. The Russian Revolution gave life to the principles of socialism from below.

The revolution brought the working class to power, united around the slogan “Bread, peace and land. All power to the soviets”. Soviets, the Russian term for councils, were popular organs of mass democratic control. The form of the new government was radically new, but the demands that brought it about were in fact quite basic: bread for the hungry, land for the landless peasants and peace to end the barbarism of the First World War.

The war was capitalism’s response to a crisis of profits and competition. The rivalry of the market among imperialist powers moved readily to the rivalry of the battlefield. Working people and the poor were the cannon fodder for the war.

The war started in 1914 and went on for four bloody years. It cost 20 million lives and left another 36 million wounded.

The Russian Revolution demanded peace and forced the old state machine to halt the bloodshed. It was therefore a profoundly internationalist event, though it took place originally within the confines of the Russian state and its surrounding empire.

The resistance in the East became part of a wave of revolutionary uprisings that swept the world, as workers in one country after another saw their own futures in the achievements of the popular masses in Russia.

In Germany, Italy and Austro-Hungary, revolutionary situations much like that in Russia opened up during the years after the Russian Revolution. Strike waves and uprisings in Ireland, Glasgow, and across the Atlantic in Seattle and Winnipeg, brought the Western nations to the brink. The years 1919-1921 became known as the “Red Years” when world socialist revolution was on the agenda.

But only in Russia was the movement successful in seizing power from the old ruling class and building a new society based on working class self-governing councils.

Facing world war followed by sanctions and isolation, and civil war as the old guard fought to preserve its former position, the early 1920s were very difficult times. Though the revolutionary forces defeated the old Tsarist and capitalist forces, by the end of the decade Stalinism and counter-revolution were triumphant.

There are many different views among Marxists about why and how the Russian Revolution found itself alone in a sea of capitalist countries after the revolution, and new studies are contributing to this discussion. But certainly a key factor was the consistent anti-imperialism and orientation to workers’ power expressed by what emerged as the people’s leading political voice, the Bolshevik Party.

John Reed, an American journalist who was witness to the Russian Revolution in 1917, interviewed dozens of participants – socialist leaders, rank and file workers, soldiers, capitalist businessmen and international diplomats – and wrote an important book on the subject, Ten Days that Shook the World.

The book was originally published in January of 1919, with an introduction praising its accuracy by Vladimir Lenin, leader of the Bolshevik Party that had headed up the mass workers’ revolution.

Over the time of these “ten days”, the old reactionary semi-feudal, semi-capitalist government, led by the Tsar and Tsarina of the Romanov empire, had fallen, toppled by a mass spontaneous popular revolution in February of 1917. But the situation was still unstable.

In its place, an unelected provisional government, committed to modernising Russia along the lines of Western capitalism, had filled the vacuum at the top of society. But at the base of society another parallel form of government, mass councils – soviets – of workers, peasants and soldiers, elected delegates from the people and governed from below.

During this period of transition, of “dual power”, Russian society hung in the balance between two great class forces.

When the Bolshevik Party gained a majority among the elected delegates of the councils in the new soviet government, a successful insurrection transferred all power to the soviets and the Provisional Government fell. This is how it was under the slogan “All power to the soviets” that the Russian masses changed the course of history.

In Ten Days that Shook the World, Reed also writes about a conversation with Leon Trotsky, a leading member of the Bolshevik Central Committee who was also in charge of the revolutionary Red Army. “The Soviets are the most perfect representatives of the people – perfect in their revolutionary experience, in their ideas and objects. Based directly upon the army in the trenches, the workers in the factories, and peasants in the fields, they are the backbone of the revolution.”

To build a united movement in opposition to war, oppression and capitalism among all the various sectors of society demanded patience and organisation. For example, links needed to be established and actions coordinated between the workers’ councils in the major cities of Petrograd and Moscow. These urban centres also had to find common cause with peasant farmers, who comprised a majority, in the vast rural areas of Russia. Then there was the challenge of winning over sections of Russian workers imbued with chauvinist attitudes to support the rights of the numerous nationalities freed at last from Tsarist oppression.

The revolutionary fervour also saw dramatic changes in the age-old norms of family life, challenging sexism and homophobia. Every expression of democracy was new, and the revolutionary process was rife with debate.

All this took place with only the most minimal communication infrastructure, and much of the population was illiterate.

A focus on building solidarity and unity of purpose provided the basis for the success of the Bolshevik Party’s influence, and support spread for its call for workers’ revolution. Linking the interests of the soldiers on the front lines with the new councils of popular government was key. Here is how one observer, Sukhanov, describes the first meeting of the Petrograd soviet:

“Standing on the stools, their rifles in their hands, agitated and stuttering, straining all their powers to give a connected account of the messages entrusted to them – one after another the soldiers’ delegates told of what had been happening in their companies… The name of each of the magnificent regiments that had launched the revolution was met with a storm of applause. ‘We had a meeting…’ ‘We’ve been told to say…’ ‘The officers had…’ ‘To join the Soviet of Workers’ Deputies …’ ‘They told us to say that we refuse to serve against the people anywhere. We’re going to join with our brother workers, all united to defend the people’s cause… We would lay down our lives for that.’ ‘Our general meeting told us to greet you…’ ‘Long live the revolution!’ the delegate would add in a voice already completely extinguished by the throbbing roar of the meeting.”

In a few short months the Bolsheviks helped to establish a higher level of democracy than any capitalist state. The Bolsheviks established workplace democracy including equality for women, collective kitchens, childcare and laundries, the right of divorce, decriminalisation of abortion, decriminalisation of homosexuality, the elimination of the category of illegitimacy, recognition of the right of oppressed nations to self-determination and the flourishing of national minorities.

But these gains were to be shortlived. Russia found itself isolated and impoverished, as economic crisis was followed by political crisis. After Lenin’s death in 1924 Trotsky fought desperately to preserve the gains of the early Bolsheviks. By 1929 only the name of socialism continued as Russia was subject to a counter-revolution and a new state capitalist ruling class established. Trotsky and his supporters faced extreme repression; in 1940 he was assassinated by Stalin’s agents in his exile in Mexico.

For 60 years Stalinism propagated the lie that a bureaucratic regime that had everything in common with capitalism marked the true legacy of Marx, Engels, Lenin and the Bolshevik Revolution. With the collapse of Stalinism in the late 1980s, that myth was at last shattered.

Now, 90 years on, it’s a good time to revisit the lessons of the Russian Revolution. The value of this rich history can ultimately only be measured in the day to day activities of those who continue to challenge capitalism and war. Learning from the remarkable accomplishments and struggles of the generations that came before us, we still have a world to win.

Books on the Russian Revolution 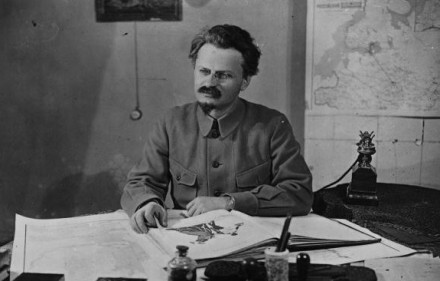 Why you should read Lessons of October by Leon Trotsky

The Islamists and the Egyptian Revolution

1989-2009: the revolutions that brought down Stalinism