Frederick Douglass’s name ought to have been on everyone’s lips this past year (although it wasn’t) in the celebrations of the bicentenary of the abolition of the slave trade. Douglass was a former slave who campaigned alongside mainly white abolitionists for the emancipation of all slaves.

Riversmeet introduces Douglass’s life in an accessible and fascinating manner, not least because it explores his time in the 1840s spent in Britain and Ireland. Starting with a “most extraordinary” voyage across the Atlantic, Douglass finds himself among a growing crowd of British people who not only talk to him as an equal, but insist on arranging a meeting so he can address the passengers as a whole – despite protests of a few southerners aboard the ship. As he reaches Dublin and then makes his way across Ireland, speaking almost every night to packed-out meetings of sometimes thousands, the potato famine starts to take hold. Bradbury then introduces Eamonn MacDonagh, an Irish nationalist whose life is being torn apart by the famine. MacDonagh’s story unfolds throughout the book, alongside Douglass’ journey from Ireland to Scotland and then England.

The format of this novel is a collection of fictional diary entries and letters from Douglass to his wife Anna and a narration of MacDonagh’s story in the first person. It brings to life actual historical events, while giving them an autobiographical feel. Bradbury can this way introduce all kinds of characters, from the Chartists to a Polish terrorist, and show the various influences on Douglass during his time on this side of the Atlantic. Douglass repeatedly finds himself pulled in different directions by the people he meets. On the one hand some of his hosts, who are by and large from a church environment, are keen on keeping the focus of Douglass’s speaking tour solely on the abolition of slavery in the US. While on the other there are the kind of people Douglass instinctively empathises with – the Catholics in Belfast or the poor and working class in Dumfries singing Burns songs.

Riversmeet concludes with Douglass and MacDonagh meeting in Bradbury’s home county of Devon, somewhere between Exeter and Exmouth, on the place where the two rivers meet. 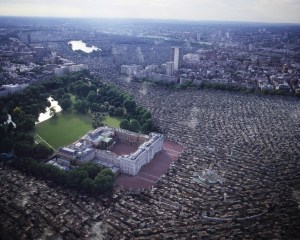