Khodorkovsky headed the recently merged YukosSibneft, Russia’s biggest private company and the world’s fourth-largest oil producer with half-year profits in 2003 of £1.3 billion. His arrest marked the climax of a four-month, high-profile investigation. Three of his associates were already facing charges, one with ordering a murder, and a fourth had gone into exile.

The charges against Khodorkovsky include fraud and tax evasion totalling £600 million and carry a possible ten-year prison sentence. Since his arrest, prosecutors have frozen 40 percent of Yukos shares, and the business-friendly head of Putin’s presidential administration suddenly resigned. Khodorkovsky stepped down as chief executive but was refused bail. His estimated 22 percent share had been taken over by prior arrangement by a mystery man, possibly through the key Menatep holding company based in Gibraltar.

Khodorkovsky is one of the robber barons who have given big business in Russia a very bad name. He and his fellow ‘oligarchs’, as they are known, became notorious in the scandalous ‘loans for shares’ deal of the mid-1990s. In return for bailing out Yeltsin, they were allowed to pick up huge natural resource companies at rock-bottom prices in a series of rigged privatisation auctions. In 1995 Khodorkovsky paid $159 million for a controlling share in Yukos which was really worth $353 million at the time and $5,689 million less than two years later. These changes were accompanied by a wave of intimidation and murder. A Siberian mayor who opposed Khodorkovsky’s expansion plans in the area where 60 percent of Yukos’s oil is extracted was shot dead on the oligarch’s birthday in 1998.

Yet liberals east and west have seen Khodorkovsky’s arrest as an attack on democracy. The nub of their argument is that it marks a crucial step in a ‘creeping bureaucratic coup’.

Since becoming president in 2000, it is said, Putin has tamed the rebellious parliament, got the troublesome regional governors under control, centralised the legal system, clamped down on the independent media and practically renationalised Gazprom, the giant natural gas monopoly whose tentacles spread right across Europe. He has also seen off two of the seven oligarchs, three counting Khodorkovsky, while a fourth, Roman Abramovich of Chelsea fame, has been selling off his Russian assets. Recent research also indicates that the security apparatus, a major loser in the collapse of the Soviet Union, has staged a striking comeback under Putin, himself an unrepentant former secret policeman. Personnel from the security services accounted for nearly 60 percent of the top Russian leadership last year.

Like it or not, the liberals conclude, Khodorkovsky represented the last political force truly independent of the Kremlin.

He had been promoting liberal parties, had extended his political influence as far as the Communist Party (which joined in protests against his arrest) and made no secret of having personal political ambitions. By doing so, Khodorkovsky had broken the deal Putin had made with him and four of the other oligarchs after becoming president: they would keep out of politics and he would leave their privatised assets alone. That was why Putin had struck now – barely a month before parliamentary elections and only four months before the next presidential elections. The photograph of a glum-looking oligarch with a shaven head in a prison cell was not likely to do Putin’s popularity ratings any harm at all. But the danger was that Russia was likely to end up as a kind of neo-Communist state, rather like China only with a much less dynamic economy and a lot less foreign investment.

There are a number of problems with this argument. One of them is that the same liberals who are now throwing their hands up in horror at the arrest of one man previously supported practically every major attempt to concentrate power at the top. They backed Boris Yeltsin when he suppressed the old Russian parliament by armed force back in 1993. And Tony Blair made a special point of going to Russia to give the secret police candidate his public blessing a few days before the 2000 presidential election. ‘The Russia of Vladimir Putin’, he declared, was ‘a liberal democracy’ and ‘a strong power where law and order rule’. Blair made it clear that he was not going to allow good relations between the two countries to be spoiled by the fact that Putin had recently launched a second Chechen war. Putin’s subsequent state visit to Britain was described in the Russian business magazine Ekspert as ‘a miracle for his reputation’, because ‘it is in theory irregular for the queen to drink tea with murderers who appear before her with bloodstained hands’.

But much more important is what the argument leaves out. Since Putin became prime minister in 1999, the west has been on an imperial offensive: attacks on the former Yugoslavia, Afghanistan and Iraq have followed in quick succession. US troops are dotted all round Russia’s borders and the White House is doing its best to ensure that the wealth of the Caspian Sea does not flow through Russian pipelines. Previously, the bosses of the former Soviet superpower had been weak and divided. But it would hardly be surprising if a significant proportion of the elites had now decided that the time had come to pull together. That proportion does not necessarily include all the oligarchs, who may in any case not be as important as the corporate bureaucracies they bestride. How successful the attempt to beef up the Russian state is likely to be is another matter. The point remains that the origin of any threat to Russian democracy lies not in Moscow but in Washington and London.

Neither Washington nor Moscow 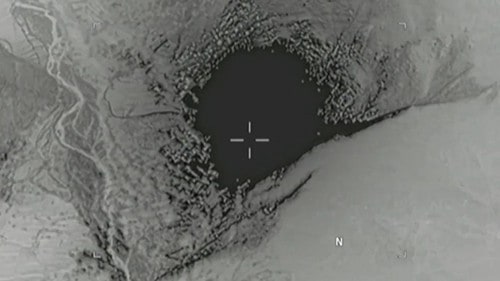