The Grenfell Tower fire in June 2017 was an atrocity waiting to happen and there were a thousand warning signs which were not acted on.

There were the obvious ones — members of the Grenfell Action Group explicitly warning of a “catastrophic fire”. And then there were the hundreds of smaller ones — every shoddy repair job and ignored complaint in social housing developments.

Human geography academic Stuart Hodkinson has catalogued some of the most shocking of these examples in his new book, Safe As Houses. He focuses on Private Finance Initiative (PFI) housing schemes, and three in particular. These are the Myatts Fields North estate in Lambeth, the Chalcots estate in Camden, which was evacuated after Grenfell, and a slew of street properties in Islington.

The book’s opening chapters give a detailed account of the decisions and historical processes that led to Grenfell. Hodkinson points to post-1979 neoliberal economic policies as the foundation of a system that allowed Grenfell to happen. For instance, the deregulation central to neoliberalism spread throughout all sections of the economy, and down to the safety inspection industry.

The relaxation of regulations was not unique to PFI schemes, but found some of its most extreme expressions here. Dodgy redevelopment firms checked off their own work as safe — then conducted their own customer satisfaction surveys.

The great strength of Hodkinson’s book is that it brings to life the economic and political processes with human stories, and they are harrowing.

We learn about Annie on the Myatts Fields North estate, who collapsed and died of a heart attack while working two jobs to keep a roof over the heads of her five children. She was trying to cope with the burden of increasing bills after the estate managers stitched up the estate’s energy provision with the E.On firm.

There’s the story of Edward in Islington, who saw the work he had done on his house ripped up and replaced with shoddy work by the Partners construction firm. His family was forced to move out while the work took place. When they moved back in the home had been made dangerous. His son’s bedroom was uninhabitable. Soon after his son was sectioned and detained in a mental health unit. He would eventually die, a tragedy Edward blames on Partners.

These stories illustrate the brutal reality of bad housing, and what happens when the needs of private capital are prioritised over the needs of residents.

And the firm contracted by Kensington and Chelsea Tenant Management, the now-infamous Rydon, had its hand in many of the schemes that Hodkinson looks at, either as a developer or as a property manager.

Perhaps the one weakness of Hodkinson’s book is that it tries to cram so much into a relatively short book. Acronyms whizz past, as do brief histories of social housing and of PFI. There is a lot to fit into roughly 200 pages along with the personal stories.

There is much to agree with. Hodkinson argues that the council house building surge after the Second World War came as a result of struggle from below rather than the beneficence of those at the top.

And he argues for the resumption of council house building as a way out of the housing crisis. Most importantly, the mechanism to do this is from reinvigorating tenants’ groups and campaigning organisations, not simply looking to Jeremy Corbyn’s Labour Party as a magic bullet to kill the Tories’ housing monster. 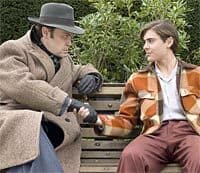 Me And Orson Welles - recreating the creativity and radicalism 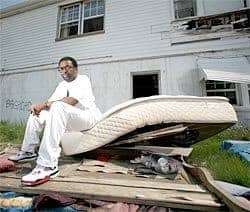