This article is over 5 years, 3 months old
Trade unions and political parties are discussing the concept of a universal basic income (UBI) to replace the welfare system. Should socialists support the idea? Michael Lavalette looks at the pros and cons.
By Michael Lavalette
Downloading PDF. Please wait...
Friday 30 September 2016

At its conference later this month the Unite union will debate a proposal for the implementation of a “universal basic income”. UBI, sometimes called the “citizens income”, would replace the social security system with a fixed monthly payment paid unconditionally to all citizens, as a right and without means test or work requirement.

UBI is the adopted policy of Green parties across Europe. The Scottish National Party at its spring conference passed a motion supporting the idea that “a basic or universal income can potentially provide a foundation to eradicate poverty, make work pay and ensure all our citizens can live in dignity”. Both John McDonnell and Jeremy Corbyn of the Labour Party have indicated a willingness to look at the case for some form of UBI.

Given the chaotic benefits system in Britain, it’s not difficult to see the attraction of demands for UBI. The benefit system is marked by an increasingly punitive approach with work tests and conditionality built into it. The benefit system embeds people in desperate poverty with recipients targeted and stigmatised as “skivers” and “shirkers” by politicians and the media. UBI seems to offer an anti-austerity alternative.

Advocates claim UBI provides people with stability to cope with the vagaries of the modern economy. They argue that technological change is making jobs more temporary, transient and precarious. In this world UBI allows people to change jobs, retrain or decide to do voluntary work instead of paid work. So, they argue, it alters our relationship to work and will reward “unrecognised socially useful” contributions to society.

A fully functioning UBI provides a payment to everyone — from the poorest to the richest — that is above the poverty line and which would immediately eradicate the worst forms of poverty. In some schemes additional payments are provided for children. A scheme being discussed in Switzerland would pay each adult £1,700 a month plus £400 per child.

Some may baulk at giving money to the already wealthy but the universal basis of UBI is important. It means it’s a right, not a stigmatised benefit. Universal payment means poverty traps are avoided and the universalism of the system means it’s cheap and easy to administer.

The scheme itself would be costly, but Britain is the sixth richest country in the world and the money is there to provide a fully adequate UBI. Introducing UBI would mean taking money from the very wealthiest, through general taxation, to support the needs of the poorest, and therefore would see wealth redistribution shift in favour of the poorest. It would reduce, to some extent, present inequalities. Its guaranteed payment, with a top up for children, also addresses issues of women’s poverty.

Some economists argue that the UBI would lead to economic growth as people would have more disposable income to spend on consumer goods. Thus they identify UBI as a means of pumping demand into the economy.

Finally, some suggest UBI would encourage people into work by providing a base from which to enter the labour market. In this way, as the SNP motion suggested, it would “make work pay”. Here we need to be careful that UBI doesn’t become a form of wage subsidisation, encouraging people to accept low paid, cheap jobs because they have the back-up of the UBI — all to the benefit of employers who find that their low wages are subsidised by the government’s UBI. This point perhaps should act as a warning that UBI is not the panacea some of its advocates suggest.

In fact the list of UBI’s advocates might surprise readers as it includes, alongside its left wing supporters, both right wing economist Milton Friedman and the conservative sociologist Charles Murray. Right wing advocates have argued in favour of UBI as a way of replacing all state provided welfare services.

They suggest that people should be given a UBI but it is then their responsibility to purchase their social and public goods — their health care and education, for example — on the market. Other advocates have baulked at the cost of fully implementing UBI. Howard Reed and Stewart Lansley from the think-tank Compass have argued in favour of a modified UBI that wouldn’t be applied to everyone. But this wouldn’t be a universal income and would keep means testing within the system.

The Green Party at the last election set its UBI at around £72 a week. This is about the same level as Job Seekers’ Allowance, so it’s not much of a wage and it is hard to see how this will eradicate poverty.

A properly funded UBI would be better than the stigmatising benefit system in place at present. It should replace the benefit system but not act as a replacement for other health, education and welfare services. To be fully beneficial the payment rate would need to be above the poverty line and allow people to pay their bills and have money left to spend on leisure facilities.

In these terms it could start to address some aspects of growing inequality in Britain today — but it would not abolish the iniquities of capitalism. 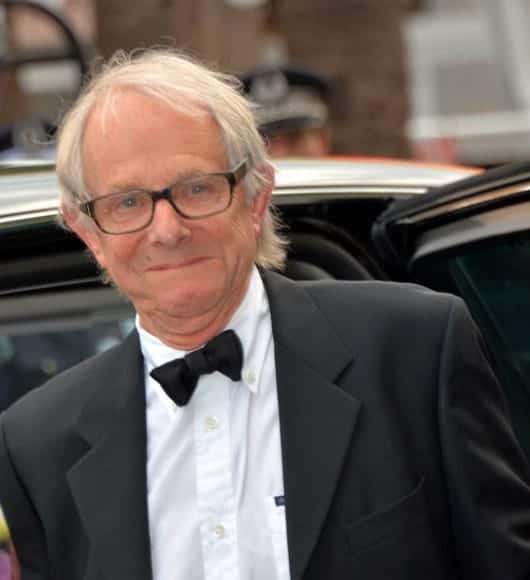 Ken Loach: “Our job is to lay out the broad ideas”