An ex-miner, fiercely proud of the working class, Dennis Skinner has stood out as an uncompromising opponent of Tory governments and their works since he was first elected as a Labour MP in 1970. In his “reminiscences” he makes it absolutely clear that he will die a socialist, a fighter for the class. What marks him out though is his commitment to “extra-parliamentary action”. “I’ve been on more picket lines, marches and demonstrations, and spoken at more rallies and meetings than I can count.” He was on the picket line during the 1984-85 miners’ strike, during the Wapping dispute and was arrested on the picket line at TV-am in 1988.

His account of the 1984-85 miners’ strike is the best part of the book. It was “the most honourable strike I have ever taken part in”. It could, as he insists, have been won. His hatred of Thatcher is inscribed on every page. And as for the police, they systematically broke the laws they “were sworn to uphold…emboldened by immunity”. Men were jailed on “the uncorroborated testimony of police officers who made it up as they went along”. As he puts it, “I’ll never forget those who lied and betrayed the miners.”

Despite all this, however, Skinner’s commitment to the working class is compromised by his loyalty to the Labour Party. It is not his “Achilles’ heel”, more like his “Achilles’ legs”. He remarks, for example, that it was “a pity” that during the miners’ strike the Labour leader Neil Kinnock was “working against rather than with us”. And if he had read Tony Blair’s memoirs, he would have seen that Blair fully supported Thatcher’s attack on the unions.

To his credit, Skinner has joined protests against Atos which, as he says, was “given a contract to persecute Britain’s disabled”. Less to his credit, he doesn’t point out that the contract was awarded under a Labour government. The Blair government, he claims, “saved” the NHS, when in reality it began the privatisation of the service. Even worse, this man who supported so many demonstrations does not mention the largest demonstration in British history, the Stop the War march on 15 February 2003. Indeed, the Iraq war gets less than a page in the book! Skinner voted against it, but his extra-parliamentary commitment is suspended when Labour are in office, no matter how reactionary their policies. The last Labour government entrenched Thatcherism in place and prepared the way for many of the Coalition’s attacks, something Skinner can’t and won’t acknowledge. 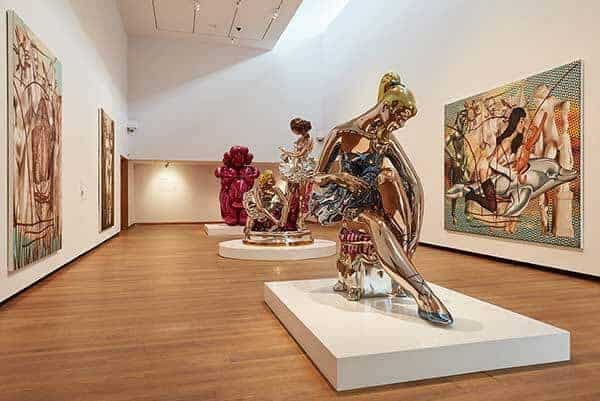 Jeff Koons’s art is glitzy, but does it still have power to shock?