This film begins by showing the stark reality of life for a small community of Aborigines in the desert of central Australia.

Delilah and her grandmother work together, making a constant stream of Aboriginal art for a local arts dealer. They receive almost nothing, while the white dealer makes a huge profit.

Samson is a lonely teenager who can only show his feelings for Delilah by scratching “S 4 D” on a wall and throwing rocks at her to get her attention. When her grandmother dies, Delilah, devastated, cuts her hair off and is attacked by the community in which she grew up. In response she and Samson get in a car and drive to Alice Springs. Now homeless, they sleep under a bridge – an amiable Australian drunk is their only company.

After a bad start in life, things continually get worse as they are rejected by the white community. But in their wordless way they are brought together by the experience. This is a moving love story – but a very difficult one – with no hope of a traditional “happy ending”. Samson is addicted to sniffing petrol, a habit which only gets worse with what he has to endure. Delilah, after the death of her grandmother, endures more in the space of a few weeks than most people do in a lifetime. When she is kidnapped by two men, Samson is distraught but unable to act to save Delilah, collapsing instead into a petrol-sniffing stupor. She returns later, battered and bruised.

The treatment of Samson and Delilah gives a terrifying view of the racism towards Aboriginal communities in Australia, especially when viewed within the context of the “Northern Territory Emergency Response” initiated by John Howard’s government in 2007, which took control of indigenous land under the guise of protecting Aboriginal children from abuse. Their rights were further impinged upon through the disgraceful suspension of the Racial Discrimination Act, used to push the measures through. It is within this climate of prejudice that Samson and Delilah suffer, but also cling to each other.

The lack of dialogue shouldn’t put you off this movie. On the contrary, it’s a welcome change not to be spoonfed. This film highlights many important issues for socialists within an environment that is not very well known in Britain. This rare opportunity to get a glimpse of life in a small Aboriginal community is well worth a watch. 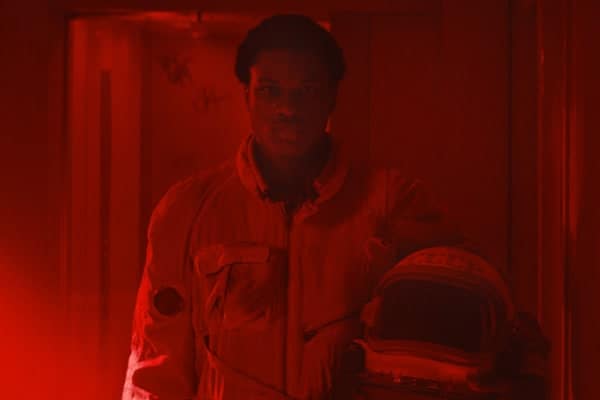 On the Global Waterfront