Science: Beyond the Selfish Gene

This article is over 15 years, 10 months old
Viren Swami explains why understanding the human condition requires something more than a theory of genetics.
By Viren Swami
Downloading PDF. Please wait...
Wednesday 01 March 2006

Some years ago, as an undergraduate taking an interest in psychology, I became particularly enraptured by a seemingly new understanding of human mentality and behaviour known as evolutionary psychology. I was not alone in this – newspaper editors and documentary-makers were seemingly captivated by the direct and immediate application of Darwinian biology to human behaviour. This endeavour promised to reveal many more truths about human psychology than an obscure philosophy of mind ever could. And at the heart of these revelations lay the gene – for evolutionary psychologists, the root of all human behaviour lies in the DNA or “genetic program” of human beings.

Of course, writing in the mid-1800s, Charles Darwin was unaware of the gene. Conventional thinking would have it, that if he was, he would have been as single-minded as his modern-day followers in evolutionary psychology. As it was, the tendency to see the gene as the sole agent of evolution began to find an audience in the 1930s. Evolution ceased to be defined in terms of changes in organisms (such as the shape of the beaks among the Galapagos finches that Darwin studied) and instead was seen as the “rate of change of gene frequencies in a population”. But it was not until the 1970s that this sense of “ultra-Darwinism” found its culmination in the writings of Richard Dawkins.

For Dawkins, the human condition should be seen as a by-product of evolution by natural selection, based on the “drive” by individual genes to replicate. Individuals, he wrote, are transient beings: no matter how long our lifespans, we all die in the end. Genes, on the other hand, are entities that persist and provide continuity over time. In The Selfish Gene, Dawkins made a distinction between “replicators” (genes) that reproduce themselves and persist through time, and “vehicles” (bodies) that replicators construct to contain themselves and which increase the ability of replicators to reproduce. As a consequence, he said, there are some aspects of biology which can be best understood if we adopt a gene’s-eye view of the world – in Dawkinsian terms, “We are survival machines – robot vehicles blindly programmed to preserve the selfish molecules known as genes.” For aspiring evolutionary psychologists, explaining human behaviour became that much easier.

Only not everyone agreed. Despite the attractions of its simplicity, most important strands of biological thinking have never accepted the gene-centred view of the world. In recent years there have been important critiques of the gene’s-eye view, not least by the late Stephen Jay Gould. His masterwork The Structure of Evolutionary Theory insisted that selection acted at multiple levels and not just on individual genes. It is with this tradition in mind that other key figures in biology, such as the neuroscientist Steven Rose (author of Lifelines and The 21st Century Brain) and philosopher of mind David Buller (author of Adapting Minds), have produced alternatives to the reductionist form of biology. It needs not be elaborated that what is at issue is not the fact of evolution, merely its mechanisms.

Perhaps the most pertinent of recent writings is Evolution in Four Dimensions, co-authored by Eva Jablonka and Marion Lamb. This book goes to great lengths to argue that there is much more to heredity than genes. The fundamental point made is that genes do not exist in isolation, but are part of a web of interactions extending in time as well as space. Indeed, conceptual changes taking place in our current understanding of biology suggest that the concept of the “gene” as a reified DNA sequence is meaningless.

What exists, as these authors are keen to stress, is not a set of discrete genes, but an entire genome (or the complete DNA sequence). And what evolves is neither a set of genes, nor an unchanging characteristic or behaviour. It is a system, developing in time, and embedded in an even broader set of interactions with its environment. Evolution in Four Dimensions makes the case for this much broader view of evolution, relying on both Darwin and the latest findings from molecular and behavioural biology. What matters, then, is not our genes per se but rather heritable variation – that is, variations that are transmitted (by whatever means) from one generation to the next.

Jablonka and Lamb argue that there are four levels at which such variation occurs. The first is unexceptional – the shuffling of DNA in sexual reproduction, which mixes variants from both parents, coupled with mutations. These random changes in the DNA sequence are our genetic inheritance. But molecular biology has also shown that many of the old assumptions about the genetic system, which are the basis of present-day neo-Darwinian theory, are incorrect.

It has also shown that cells can transmit information to daughter cells through means other than DNA. The transmission is by epigenetic inheritance, changes that occur in the ‘meaning’ of given strands of DNA. In technical terms, this is the transmission of information from a cell to its daughter cells without that information being encoded in the sequence of genes. The consequence of this is that at the very least, all organisms have at least two systems of heredity.

Molecular biologists are discovering an increasing number of ways in which epigenetic differences are transmitted to successive generations. For instance, the different flower shapes of normal and “mutant” variants of Linaria plant are not caused by a difference in the DNA sequence (as was long believed), but is due to an “epimutation”. The proteins that surround a particular gene and ensure its orderly translation differ in the normal and epimutant plants. And such modifications, which profoundly alter how an organism develops (in this instance, altering the flower shape), can be transmitted during reproduction, and in due course can feed back to modify the sequence of DNA itself.

A third dimension of evolution that Jablonka and Lamb identify is the inheritance of behavioural systems. For instance, rabbit mothers who feed on juniper berries transmit to their offspring a preference for such food – an inheritance that remains stable across generations. And what is true of rabbits also seems to be true for humans. Six-month old babies of women who had had a lot of carrot juice during the last three months of pregnancy prefer cereal made with carrot juice to those made with water. Again, some species of black rats have learned to strip closed pine cones to get at pine seeds for food, and this seems to be a tradition that is acquired and passed on through social learning and not through the inheritance of particular genes.

The final dimension identified is a uniquely human element, symbolic inheritance. Behavioural inheritance refers to the traditions that we learn and pass on either subtly (through odour-based cues in our mother’s milk, for example) or by direct imitation of our elders. Symbolic inheritance refers to our capacity for language and culture, our representations of how to behave that are communicated by speech and writing. Though these may seem evident, even blindingly obvious, it is important to distinguish such higher levels of inheritance – as Jablonka and Lamb do – from the more banal proclamations of evolutionary psychology.

The slowest of all these forms of evolutionary change is that based on the genes, and there is a tendency to dismiss all other aspects as dependent or reliant on DNA. Jablonka and Lamb dispute this. They insist that there are constant interactions between the genetic, epigenetic, behavioural and (in humans) symbolic levels.

To view organisms simply as vehicles for their genes, Steven Rose tells us in Lifelines, empties organisms of everything that is meaningful. We become passive tools for the transmission of our genes. But organisms are far from passive beings – rather, organisms can select and change environments, organisms develop and grow, and these can produce selection pressures on gene-based inheritance. What is needed, then, is not a gene’s-eye view of the world, but a developmental systems perspective (what Rose sometimes labels “autopoesis”) in which Dawkins’s lumbering robots once again become players in their own destiny.

Faced with the ever-increasing barrage of “gene-speak” in popular science, it is sometimes difficult to see how radical biological alternatives might dent the appeal of selfish genery. But surely that is the goal of works such as Evolution In Four Dimensions, and given the level of analysis and breadth of evidence now available, there is certainly hope for further progress. As for me, it is tempting to see in my shift, from evolutionary psychology to its more broad-minded cousin, evidence, from old delusion to logical reasoning, but no doubt I will have neglected several levels of analysis.

Viren Swami is a psychologist at University College London 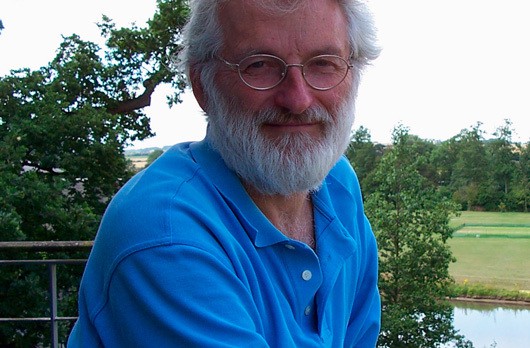