Scotland | Is the monolith beginning to crack?

In the febrile atmosphere of pre-Brexit Britain, it is a fool’s game to try to predict the short-term future of political parties. That previous certainties have been trashed in the fall-out of the economic crisis all over the world is beyond doubt.

There is one place where a party that has dominated the parliament for 12 years still maintains an electoral majority – Scotland. Remarkably, the SNP seems to be strengthening its position after its failure to get an overall majority in the Scottish parliament. The SNP won the Euro elections in the vast majority of Scottish council constituencies by a country mile, with 38 percent overall.

The Brexit Party took second place with 14.7 percent, the Lib Dems have leapfrogged Labour with 13.9 percent, Tories are on 11.7 percent and Labour languishing at 9.2 percent. There will be three SNP MEP’s, one each for Lib Dems, Tory and Brexit parties. Labour loses two. Strangely, the Greens have not done as well as expected here, maybe because the SNP have attempted to project a mildly “green” image, maybe because the issue of Brexit dominated, with the SNP seen as strongly pro-Remlain.

Woven through the issues specific to Brexit is the ever-present question of independence for Scotland. The chaos of political ineptitude centred on Westminster has presented another more favourable opportunity for people to fight for and win independence.

It is easy to see why. No matter how often Scotland votes anti-Tory or for pro-Remain parties, it will not be allowed to get what it votes for in the UK. Despite the support for a so-called people’s vote on Brexit from some quarters, the one people’s vote they will not grant is a referendum on independence in Scotland.

There is genuine alarm at the prospect of Boris Johnson being the prime minister of a post-Brexit UK. A Tory coalition with Farage’s party would be a nightmare.

A growing number of people are also aware of the gulf between the prevailing, media-driven image of England as dominated by xenophobia, racism and alt-right posturing and the alternative, pro-immigration, anti-racist policies of the Scottish government. They want something better.

That is not to say that racists and fascists do not exist in Scotland, they do, often combining their activism with a toxic unionism. A mosque in Elgin had a swastika painted on it during Ramadan. Some 400 people from all over Scotland paid to hear Nigel Farage speak in Edinburgh before the election. The police asked a McDonald’s branch near the venue not to sell milkshakes or ice cream on the night!

The SNP can claim to offer an alternative to the Farage/UKIP/Tory agenda. It is an anti-racist government that has attempted to ameliorate some of the effects of austerity, albeit in a limited way. It introduced progressive social policies and real benefits such as free prescriptions and personal care for the elderly. It promotes immigration into Scotland and has declared a climate emergency and reversed their decision to cut flight taxes.

However, all is not well with the SNP. Its monolithic discipline is cracking because of the growing frustration at Nicola Sturgeon’s conservatism and the almost glacial pace of progress on independence. The SNP conference amended a motion on the deeply contentious plans for the currency after independence in a rejection of the leadership’s neoliberal policy of keeping the pound sterling as the currency. There are also accusations of bullying in the Westminster group of MPs with right and left jostling for position. Prominent commentators who support independence, like George Kerevan and Kevin McKenna, have been castigating the party for its lack of audacity.

Labour is in no position to benefit from this. There is no “Corbyn bounce” in Scotland. The hapless Scottish Labour leader Richard Leonard is being attacked as ineffective against the SNP, but he is shackled by the unionist policy his party adheres to, compounded by the incoherence of Labour’s position on Brexit.

Fortunately, the movement for independence has not gone away. A huge demonstration took place in Glasgow in early May, with up to 100,000 from all over Scotland marching behind the “All Under One Banner” slogan. (In contrast, an anti-independence demo two weeks later attracted a pathetic 1,300.)

This is a grassroots independence movement, not organised by the SNP with little support from Labour or trade unions, yet working class in character. Popular placards were “No Racism, No Tories, No Trident” and “Break up the British State”. Local groups have revived, campaigning for a Yes vote in a referendum.

Socialists need to be part of this, sharpening the arguments and pushing for more radical activities like the gilet jaunes in France or Extinction Rebellion. Brexit or not, the cracks within the union are opening up and cannot be repaired. 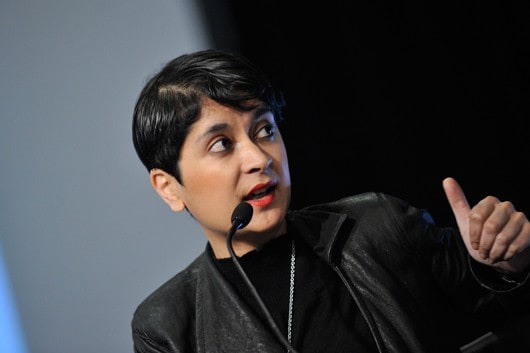 Taser use out of control