A Screaming Man is set during a period of civil upheaval in Chad, known as the “Dead Heart of Africa”. It tells the story of a conflict and resulting tragedy between a father and his son.

Mahamat-Saleh Haroun tells the story of a pool attendant at a luxury hotel who loses his job to his son after it is taken over by a Chinese company.

It is a film about betrayal and pride, and the corrosive and corrupting effects of globalisation.

Haroun displays some fine techniques as a filmmaker. His shots at the very beginning of the film subtly imply the unnerving relationship between father and son.

We witness their competitive behaviour in the pool, which although playful is indicative of the coming demise and unravelling of their family ties.

The viewer is informed about the civil unrest in Chad through television noise that seems merely to be background news as Adam, the father, and his wife Mariam pleasantly gnaw away at a melon.

It is almost ignored, in denial of the effect that this situation will actually have upon their lives and even more so on the life of their son. Ignorance is sinful, which you learn later with this film.

The pivotal scenes in the film are when Adam’s resentment has reached its peak and he is asked to pay his contribution to the war.

He gives up his son to the district chief, committing a disastrous act of betrayal.

Later in the film we see the same district chief fleeing the government, a sign of how far its oppression has gone.

The slow pace of the film, with its lengthy shots, make for difficult viewing at times as we witness the pain between family members and see Adam’s bitterness gradually building, driving him to distress and ultimately to betrayal.

Haroun’s use of sound and music works very well here. There is fact very little soundtrack as such with most of the music actually happening within the plot of the film.

The singer Djeneba from Mali stands out here.

One of the few exceptions to this is, significantly, music from an accordion, usually associated with France, the old imperial power, but in this case also a sign of the government’s staying power.

This is not a cheery film.But the director cleverly and movingly depicts a story that shows how unrest and war permeate into the very heart of a family.

All Power to the Councils! 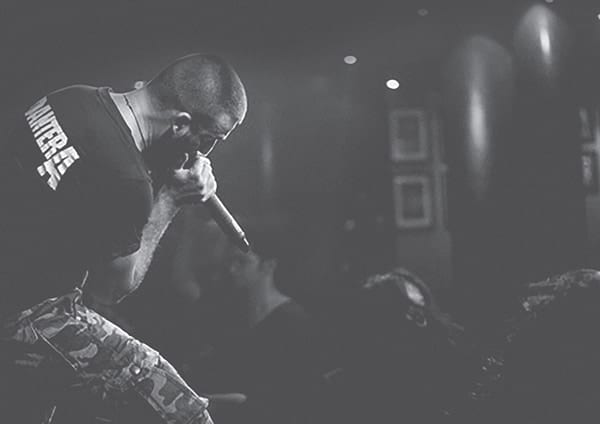 Rock in a hard place - the sound of rebellion