When US Secretary of State Colin Powell addressed the United Nations on 5 February 2003 he was about to create a myth. Powell proclaimed that a little known Jordanian, Abu Musab al-Zarqawi, was the link between Osama bin Laden and Saddam Hussein.

This link was enough to prove that Saddam was responsible for the attacks of 11 September 2001, and since there were no weapons of mass destruction, the new justification for the invasion of Iraq.

Zarqawi was propelled onto the world stage as the new leader of Al Qaida responsible for all terrorist outrages from Bali to Madrid and London. According to the propagandists of the war on terror, Zarqawi was head of a ‘worldwide network of terror’, as well as directing the resistance in Fallujah, Samarrah, and strings of towns and cities across Iraq.

Before the invasion of Iraq the myth-makers claimed that Zarqawi transformed Al Qaida into a powerful organisation that could reach into any city with its teams of suicide bombers. This, we were told, he was able to achieve while in solitary confinement in a Jordanian prison. There are many sides to the Zarqawi myth, and they serve many purposes.

Italian journalist Loretta Napoleoni unravels the truth behind this new bogeyman of the war on terror in Insurgent Iraq: Al-Zarqawi and the New Generation. Although Napoleoni does look at the resistance, she does not deal with them in any depth. The focus remains the small bands of jihadists.

Through interviews with his family, fellow prisoners and mujahideen, Napoleoni builds a picture of a leader of an insignificant group of jihadists in Afghanistan hostile to the aims of Al Qaida.

Zarqawi was born in poverty and, like many of his generation, slipped into a life of crime. After a spell in prison he found redemption in salafism, a strict interpretation of Islam. Zarqawi headed to Afghanistan to fight the Soviet army but arrived as the occupation crumbled.

Zarqawi disagreed with the prevailing ideas of Al Qaida that the main enemy was the US. For him the enemy was the pro-western Arab dictatorships. With his small group he returned to Jordan to organise against the regime. Captured, he spent the next five years in prison.

Released by amnesty he returned to Afghanistan and set up a small training camp on the border with Iran. The fall of the Taliban saw many of the jihadists flee to northern Iraq. The Kurdish security police alerted the US that Zarqawi had arrived to set up a ‘chemical weapons plant’, another myth in the war on terror. From that date his name was to become synonymous with terrorism.

Their was no evidence of Al Qaida’s hand in any of the attacks since 9/11, and Iraqis deny that Zarqawi, a Jordanian, was part of the resistance. Yet the myth endures.

Napoleoni discovered there is a Musab al-Zarqawi, but the truth behind this man is more simple. He was promoted and built up by the US as the face of the enemy. It was not long before Al Qaida, who according to Napoleoni were destroyed after the fall of the Taliban, claimed him as one of their own. In building the myth of Zarqawi the US guaranteed him recruits and promoted Al Qaidism as the new anti-imperialism.

Napoleoni writes, ‘The myth of al-Zarqawi has been beneficial to the main combatants in “the war on terror”: the United States, one of the myth’s main architects, and Al Qaida, the subject of the myth.

‘For the average American, the Iraqi resistance is not represented by citizens rebelling against the yoke of occupation, but by al-Zarqawi, an evil man, and his bunch of religious fanatics.’

This well researched book is a welcome contribution to the debate about Iraq, Al Qaida and the war on terror.

This Little Kiddy Went to Market 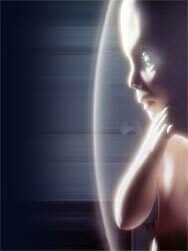