Until I read Secret Affairs I thought I was relatively well informed about the hypocrisy of the British government and the way in which the ruling class of any country will side with whoever promotes their interests, irrespective of any other considerations. I knew about the shocking use of divide and rule in India, for example, where the colonialist strategy of pitting Hindus and Muslims against each other resulted in communalism – separate electorates, jobs and education for Muslims. I knew about the role the British government played in the formation of Israel, where post-war British planners were deeply implicated in the ethnic cleansing of parts of Palestine.

These shameful acts of the British government’s past will not be news to readers of this magazine, and I would guess that the events reported in this book which came as a surprise to me would already be familiar to some of you. However, I can pretty much guarantee that there will be information in here that even the most knowledgeable will not be aware of, and that alone would make this worth a read.

Secret Affairs is so striking because of the detail that Mark Curtis goes into, leaving no questions unanswered in his analysis of the role the British state has played in propping up or working with Islamic regimes across the world to secure the furtherance of its own interests. The information on Saudi Arabia, for example, could make a book in its own right, as could the section on the role of the British state in Bosnia.

To a lesser extent, Curtis also turns his eye to the manoeuvrings of Washington, which is crucial for understanding the influence that the so-called “special relationship” has had on the actions of Whitehall and how various imperialist rivalries have shaped the global political landscape.

As impressive as these sections are, by far the most remarkable but also enraging elements of Secret Affairs are the parts that deal with the state’s relationship with so-called Islamic fundamentalist groups and individuals across the world, but especially in what Curtis refers to as “Londonistan”. In Londonistan the state provides “welfare to Islamic extremists on the unspoken assumption that if we give them a safe haven here they will not attack us on these shores” – clearly since 7/7 that attitude is changing, but not as rapidly as you might think.

Curtis exposes the lies, dirty tricks and subterfuge the state will indulge in to protect its interests and attempt to keep us divided. I would argue that although there are things to disagree with here, this book is required reading for those of us who stand shoulder to shoulder with the vilified Muslim community in Britain and across the world. 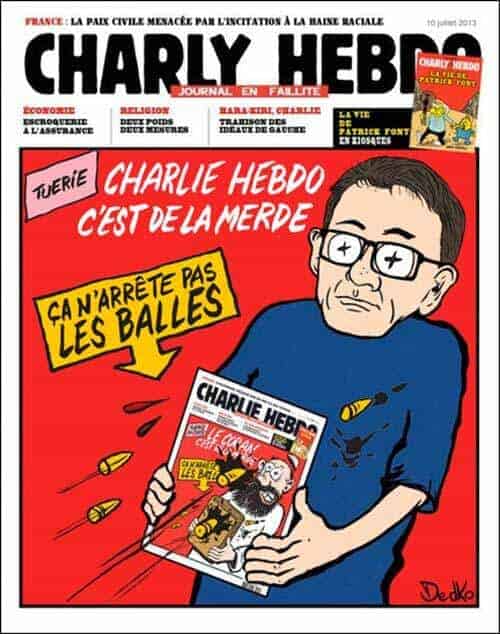 Satire should spear the powerful