Send My Love and a Molotov Cocktail!

Send My Love and a Molotov Cocktail! presents an eclectic anthology of short stories ranging from science fiction adventures to historical snapshots, united by themes of revolt, riots, revolution and crime. Jumping from 1970s Californian campus struggles, to a surreal future Paris, to the New York of the Great Depression makes the collection an exciting and colourful one, while the common threads of oppression and resistance give a sense of the adaptability and persistence of human struggles against injustice and hardship.

Nickels and Dimes by John A Imani is the gritty and honest story of a young black revolutionary in 1970s California who is scathing and dismissive of long-haired “hippy” student protesters. Ironically he ends up leading from the front line of their battle, and becomes unwittingly involved with the commanding Louisa who he meets in the back of a police van. It is both a stirring account of human vulnerability (despite thick-skinned and self-assured appearances) and an interesting political discussion on race and class in the struggle against the system.

Berlin: Two Days in June is told by marketing app salesman of the future Martin Manning, whose boss from hell can follow his workers’ every move using GPS technology and confiscates vacation days at the click of a button when he spots “slacking”. Martin accidentally discovers the Berlin City History app, which allows him to look back at the rich history of the streets around him, and follow his own uncle’s participation in a workers’ revolt in Soviet East Berlin. The story is imaginative and portrays a worryingly plausible version of the near future, but the emptiness of the characters left me pretty indifferent to the protagonist’s suffering and his ultimate act of rebellion.

In The El Ray Bar by editor Andrea Gibbons, we see a future Los Angeles whose present divisions and conflicts have boiled over. We see a Los Angeles in turmoil, with walls being built around the ghettoes. The story is told by exhausted but earnest Gloria, who fails to find any window of calm or normality in the sleep-deprived battle that has become her life. While stories set in the future can often seem remote and feelingless, The El Rey Bar captures an exceptionally human and tender depiction of a woman struggling to keep her fighting spirit alive in the face of severe trials.

Send My Love and a Molotov Cocktail! collects 18 once out of print stories from an amazing mix of genres, spanning from past to present to future, telling stories of resistance from the distant corners of the Earth – and even the Moon! 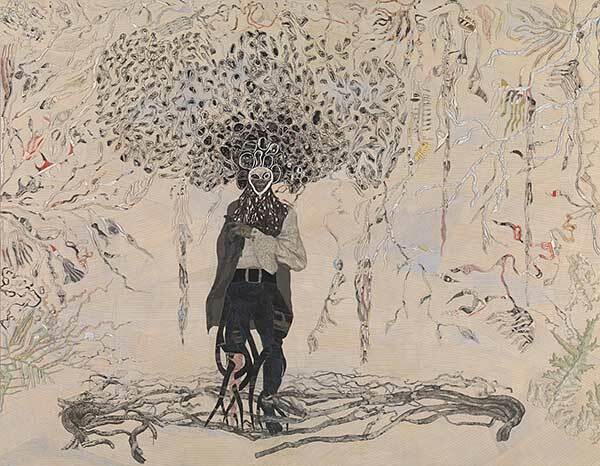