Sex and art and rock and oils

These debauched scenes are not in a private club in Soho — in fact school children are daily marched in and forced to study them. I am describing room 24 of the National Gallery. From the earliest days art has been imbued with scenes of sex and violence. What is considered obscene depends on its portrayal and context.

In London recently a number of art exhibitions have revived arguments about obscenity, sexism and feminist critiques: Allen Jones at the Royal Academy, Tracey Emin at the White Cube Bermondsey, and Egon Schiele at the Courtauld. All have been denounced as obscene, sexist or both.

John Berger in his 1972 TV series and book Ways of Seeing exposed the sexist ideologies hidden in art, noting that “men act and women appear. Men look at women. Women watch themselves being looked at.”

Building on his insights and using the theories of psychoanalyst Jacques Lacan, feminists such as Laura Mulvey developed the idea of the male gaze. They argued that it is a power relationship in itself, part of patriarchy.

Mulvey’s 1975 essay “Visual Pleasure and Narrative Cinema” argued no one can escape this. In the feminist magazine Spare Rib she criticised Allen Jones’s sculptures Hat Stand, Table and Chair as sexist products of the male fear of castration. In 1978 activists attacked these works on show at the ICA with acid and stink bombs.

In the 1980s structuralist ideas, including theories of the male gaze, dominated the art colleges and influenced a generation of artists. Many women artists produced work aimed at subverting the male gaze, with performance art and works based on the female body, usually their own.

Unfortunately it was also a time of rampant neoliberalism so these insights often became bound up with individualism and commercialism. The “personal is political” became the “political is me — I am the art work”.

Tracey Emin is from this generation and uses her own experiences as a way of commenting on aspects of society. Her latest show includes drawings and sculptures of herself, naked, displaying her sexuality and having sex. They were denounced by the vile Quentin Letts as degrading and dragging art backwards. In fact they are refreshing, lovely works, subverting the passive female nude, unashamedly sexual and suggesting a more open and free sexuality. Unlike others of her generation Emin can draw.

They can be compared to the work of Egon Schiele. He died at just 28 in 1918 and his works are rarely shown. They were denounced as pornographic at the time and he was imprisoned because of them. But they are truly breathtaking, fully retaining their ability to shock. While Emin hints and plays with the nude, Schiele totally revolutionises it.

He drew as many men as women, and they look straight at you, unflinching, challenging the viewer and proclaiming a new way of life, of open, free relationships. They are a declaration of war against the sexual norms of his day. They are also beautiful, masterfully drawn, great works of art.

Meanwhile the work of Allen Jones is denounced afresh by Mulvey, while others in the art establishment defend him from “ideologically based criticism”, as the show’s catalogue puts it.

Jones comes from the early pop art movement of late 1950s Britain where he started as a painter. It was not until around 1969 that he became fixated on Barbie doll-like female forms in bondage and S&M gear. His work moved from the canvas to fibreglass mannequins and from abstract to hyperrealistic forms.

Pop art has always had a love/hate relationship to commercialism. It can openly attack consumerism but it can also prettify the ugly face of capitalism. On this continuum Jones is more the latter.

His work became an emblem of the sexual revolution of late 1960s and 70s, when just breaking taboos was seen as revolutionary. Similar arguments are put today — he gives expression to forbidden dreams, exposes the truth of women’s oppression.

But Jones’s obsession with the female form is clearly an extreme male fantasy. It has all the drawbacks of the sexual revolution itself. Letting it all hang out did not lead to the Age of Aquarius, freedom and liberation. It can lead to raunch culture, with the only freedom being the freedom to exploit and oppress.

Jones’s most famous works, though made over 40 years ago, have not aged because the sexism they are expressions of has not aged. They are not an indicator of progress in either art or society.

Compared with the charm of Emin’s work or the awe and thrill of Schiele’s, they are charmless and dull. Of the three, they are the most lifelike and realistic, yet appear the most dead and lifeless. 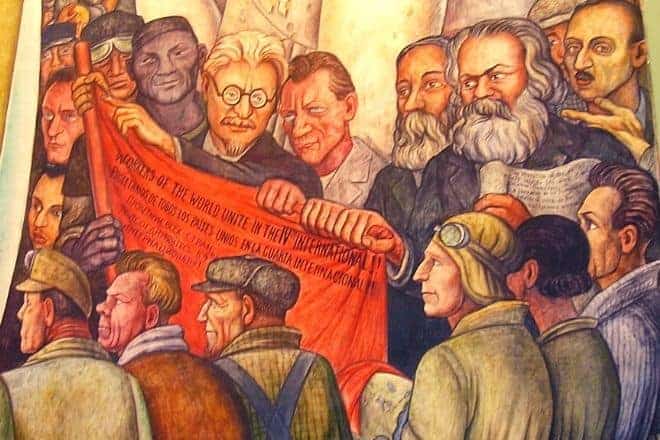