Fontamara was a literary phenomenon when first published in 1933. To many readers, it quickly became the great anti-fascist novel, translated into 27 other languages and selling over 1.5 million copies around the world.

The Fontamara (bitter spring) of the title is a fictional village in the Abruzzo region of central Italy. The bulk of the population work the earth to survive, emigrate if that proves impossible, and are largely ignorant of events in the outside world. Mussolini might as well be governing from Mars as far as they’re concerned.

The story explores their political awakening as the regime increasingly infringes on their daily lives, backing up the rapacious landowners and brutal officials who dominate them.

Leon Trotsky loved it, writing, “From its first to its concluding sentence it is aimed against the fascist regime, its lies, brutalities, and abominations. Fontamara is a book of impassioned political propaganda. But in it revolutionary passion attains such heights as to result in a genuinely artistic creation.”

Other devotees included William Faulkner, Graham Greene and the US army, which distributed an unauthorised version during the “liberation” of Italy.

And yet this gripping, powerful and irreverent novel seems to have been out of print in English since the 1995 edition published by Redwords.

If you search for “anti-fascist novels” Google will immediately suggest the likes of 1984, Brave New World and The Handmaid’s Tale — mostly sci-fi and often rooted in the liberal notion that there’s not much to choose between fascism and communism. (The one obvious exception to this tendency in recent years is the rediscovery of Hans Fallada’s Alone In Berlin.)

Fontamara’s perspective is very different from those liberal dystopias. Although also born of the experience of defeat, it is very much rooted in the lived experience of fascism under Mussolini’s regime, with a sense of its contradictions and weaknesses as well as its horrors.

Silone shows that, despite all the repressive power at fascism’s disposal, the exploited and the oppressed still have the capacity — and the urge — to resist.

That sets it apart from many of the dystopias the liberals love — epitomised by Orwell’s vision of the “proles” as passive victims in 1984. That subgenre seems to delight in bearing witness to misery, but can’t, or won’t, recognise the “great unwashed” as a desirable agent of change.

Silone was an extraordinary man. Born in 1900, he was a union militant by his mid-teens, and was soon appointed leader of the Italian Socialist Party’s youth wing and editor of its weekly paper.

In 1921 he was a key player in the birth of the Italian Communist Party, taking on a variety of leading roles, including joint responsibility for publications with Antonio Gramsci. But as fascist repression worsened, he fled Italy, eventually settling in Switzerland.

The hardships in these years almost broke him. Expelled from the CP for his opposition to Stalinism, and suffering from both tuberculosis and clinical depression, the outlook was bleak. To make things even worse, his apolitical brother had been arrested and imprisoned on (unfounded) suspicion of being a communist. He was to die in prison two years later, after a severe beating.

It was in these desperate conditions, and believing himself close to death, that Silone wrote Fontamara. Even after its completion, the struggle wasn’t over. He was utterly convinced of the quality of what he’d produced, but the rest of the exile community in Switzerland was indifferent. Twelve publishers in the US rejected the book.

Aptly, given the rise of the Nazi party, it was among German speakers that it finally found an enthusiastic audience. The translation was paid for by 800 subscribers and was serialised in several newspapers.

But this is one novel whose real life epilogue is far more incredible than its fictional contents.

In 1996, 18 years after Silone’s death, secret files from the fascist regime were published. They revealed he had been their most important spy in the Communist Party for over a decade, informing on his comrades with devastating results.

It seems likely the death of his brother in custody (and his expulsion from the CP) was the catalyst for his “retirement”, but the great unanswered questions remain: what on earth was his motive, and how could such a deeply compromised man write such a great book? 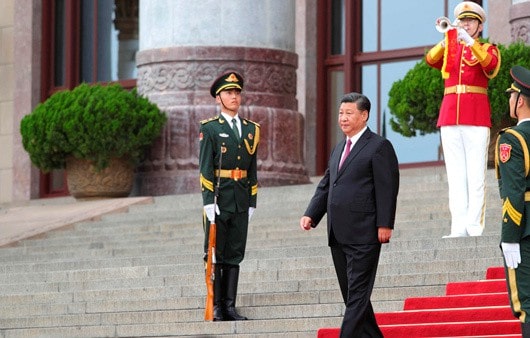 Russia: The Theatre of War