This article is over 8 years, 10 months old
"The winner is: Ungovernability." So ran the headline of the Italian newspaper Il Messaggero the day after a general election whose result has shaken not just the ruling class in Italy, but across Europe
By Mark L Thomas
Downloading PDF. Please wait...
Friday 01 March 2013

The decisive issue of the election was the austerity being imposed by Italy’s political elite with the strong encouragement of Europe’s major powers.

Hopes among Europe’s rulers that a reliable and stable government led by Pier Luigi Bersani, leader of the centre-left Democratic Party, would emerge from the election to continue, in all essentials, the pro-austerity measures and neoliberal “reforms” of the previous government under Mario Monti have been dashed.

Instead, though the coalition led by Bersani has a small majority in the lower house of the Italian parliament, it won’t control the Senate.

And Monti, the banker who was imposed by Angela Merkel and Nicholas Sarkozy to run a “technocratic” government in November 2011 when Berlusconi’s government looked like it might balk at imposing further austerity measures, was humiliated. Monti, dubbed “Super Mario” by his cheerleaders in Europe’s press, was hailed as a serious politician delivering results and a safe pair of hands.

His popularity among the European ruling class hasn’t extended to the mass of ordinary Italians. Monti’s Civic Choice platform won just 10.5 percent of the vote.

One remarkable outcome of the Italian elections was the Lazarus-like return of Silvio Berlusconi from the political oblivion he seemed condemned to only a few months ago. Despite losing over 4 million votes since the 2008 elections that saw him returned as prime minister, Berlusconi managed still to claw his way back into being a force in Italian political life.

He largely did so through distancing himself from Monti’s increasingly unpopular austerity measures. Berlusconi combined promises of large tax cuts and a rebate on an unpopular property tax Monti introduced last year with fanning nationalist resentment at “German” domination of the EU.

Even more remarkable and unnerving for Europe’s rulers was the biggest gainer from the election – the Five Star Movement led by the comedian Beppe Grillo which emerged from almost nowhere to take over a quarter of the vote and over 160 seats across the two houses of the parliament.

Grillo’s movement – it claims not to be a party – is an ambivalent force. It combines criticism of the banks, calls for renewal energy, a decent minimum wage with anti-immigration positions, for example. But it undoubtedly acted as a channel for the rage of millions of Italians against austerity, falling living standards and the political and corporate elite.

The Italian economy has experienced no net growth since 2000 and unemployment stands at 10 percent. Italy’s economy shrank by 0.9 percent in the final three months of 2012, its sixth consecutive quarterly contraction.

The success of parties using anti-austerity language in Italy has sent shockwaves across Europe. Confidence that the most dangerous phase of the eurozone crisis had been passed has suddenly evaporated.

José Manuel García-Margallo, Spain’s foreign minister, called the outcome in Italy a “jump to nowhere” and said he was “extraordinarily worried” about its impact on the financial markets. And the cost of borrowing for the Italian, Spanish and Portuguese governments immediately rose in response. All this comes against a background of a eurozone economy that is shrinking at its fastest rate since the collapse of Lehman Brothers bank on Wall Street four years ago.

The inability of our rulers to find a way out of the economic crisis – now the most protracted since the 1930s – constantly erodes their political support and deepens tensions inside the ruling class. The other side of the coin to the fragility of the ruling class’s position is the potential for volatility and sudden eruptions of protest from below.

The tragedy in Italy is the absence of a real left wing force to give some focus to the mood of anger. The disastrous decision by Rifondazione Communista, the radical left party that emerged from the collapse of the once mighty Italian Communist Party in the early 1990s, to join a centre-left led coalition government in 2006 has left it a marginalised force. Its Civil Revolution coalition with other small left forces failed to obtain any seats in either house of parliament.

Nevertheless, the electoral earthquake in Italy is a harbinger of deeper class struggles ahead, something that can offer the left new opportunities to rebuild. 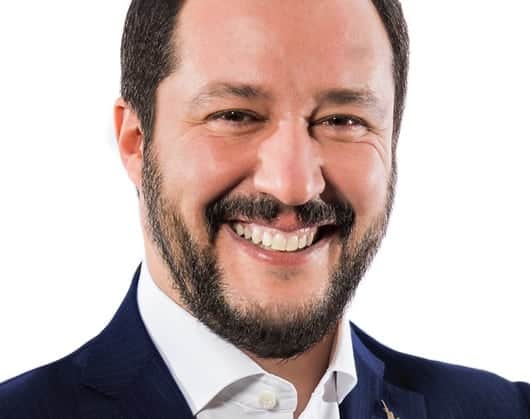 Italian politics moves to the right