The Silk Worm That Turned

Political correctness has gone mad. How else can you explain the BBC’s beastly treatment of Robert Kilroy-Silk, the devastating early retirement of Lieutenant Colonel Tim Collins and the fact that Richard Littlejohn is considered a loud-mouthed moron.

After all, Kilroy-Silk has spent years bringing us a hugely popular and highly intelligent morning discussion programme. Each day he has looked at a key issue facing us as a nation, as a people, as frail human beings. His ability to interweave all three is surely what has set him apart. Remember such classics as, ‘Are dole queue transvestites undermining the war effort and corrupting our kids?’, ‘How many British soldiers have to die to pay for this pervert’s sex change?’, and ‘Should the victims of crime be allowed to poke out vandals’ eyes with tuning forks?’

Now, though, the Political Correctness Thought Police have killed off the show. Why? Merely because he has written off an entire people as ‘suicide bombers, limb amputators and women oppressors’.

Just because Kilroy feels this about Arabs doesn’t make him racist, any more than do his comments during the Rushdie affair that ‘Muslims everywhere behave with equal savagery. They behead criminals, stone to death female… adulteresses, throw acid in the faces of women who refuse to wear the chador, mutilate the genitals of young girls and ritually abuse animals.’

This was no more racist than his statement during the recent looting in Iraq that it was perpetrated by ‘a load of thieving Arabs’. I mean, if a man of Kilroy’s talent and balanced attitudes isn’t allowed to make honest observations, what hope is there for the rest of us?

One only has to look at Kilroy to see he is an admirer of Arab peoples. Why, he spends his whole life trying to perfect Arab skin colouring. It surely can’t be held against the man that he fails and has instead developed a sort of interesting orange pigmentation.

Mind you, this tendency towards orange may help explain his attitude to Irish people. Ireland, he claims, is ‘a country peopled by peasants, priests and pixies’. Now I have no problem with this in general. Not for me the kneejerk rant of the ‘politically correct’. My only problem with it is it caused me a terrible identity crisis.

I was brought up in Ireland, but in a city, miles away from any farm – so I am clearly not a peasant. Nor did I ever enter the priesthood, never fancied the celibacy (although sadly it has often fancied me!) and although I have lost some weight of late I am far too bulky to be a pixie. What if my parents have been lying to me, that I was adopted and I am really Engli… No, I’ll stop there, some thoughts are just too unpleasant to bear.

Still, the fact that Kilroy created something of a personal crisis for me is surely not cause enough to punish the man. No, he is a victim of political correctness, and now an entire nation must suffer due to the loss of his show.

Still, at least losing Kilroy won’t endanger the very defence of our nation, in danger as it is of being overrun by foreign hoards, be they limb amputators, celibate pixies or harpoon-wielding Eskimos.

The same cannot be said for the loss of Lieutenant Colonel Tim Collins, the man who won the war in Iraq with just one speech. Tim (if I may be so bold as to make familiar with him) has quit the army, and why? Well, according to his wife, ‘Tim feels the army is being crippled by political correctness’.

You can see his point, can’t you? Some Yank complains that he mistreated Iraqi prisoners and civilians, and what do that ‘right on’ bunch of politically correct wimps, the British army do? Why, they investigate it! Amazingly for an army investigation, they find their own man not guilty of all charges, but still they investigate it!

Not since Islington council banned black-eyed peas has there been such a frenzy of political correctness.

I mean, for god’s sake leave the army alone. All those young people committing suicide in army camps, well they’re just British versions of suicide bombers, ie due to political correctness they haven’t been issued with the bombs. The ‘rampant racism’ so frequently reported is just barrack room banter.

The sexual assaults? Well, if they will let women in the forces what do they expect? Tough fighting men deprived of female companionship and horrified by the dreadful threat of same gender sex can hardly be expected to go through courting rituals.

Even poor Tim lost a soldier under his command to suicide, and a prison chaplain (a pixie peasant no doubt) called him a bully. Little wonder he has to walk away from all this frippery.

So there you have it, political correctness robs us of our top entertainers and our best fighting men.

Thank god no one can take Littlejohn from us. Richard constantly guards us against benefit-claiming asylum seekers, rampantly homosexual policemen, trade unions, liberals and, worst of all, the PC brigade.

He looks back to the days when you could call a spade a spade, and why not? I remember coming here as a child with my father and seeing signs up on guesthouse windows saying ‘No pets, no blacks, no Irish’.

Ah, another fond childhood memory I’m robbed of! I particularly remember asking my dad why they didn’t want us Irish. I remember it because for the first time in my life (though not the last) my big strong dad, who knew everything, had no answer. He just looked sad.

But hey, why worry about confused children, hurt fathers, or maligned victims when you’ve got ‘political correctness gone mad’ to counter?

Alternatively, of course, it could just be that claiming to be the victim of political correctness is the last refuge of racists and reactionaries everywhere. 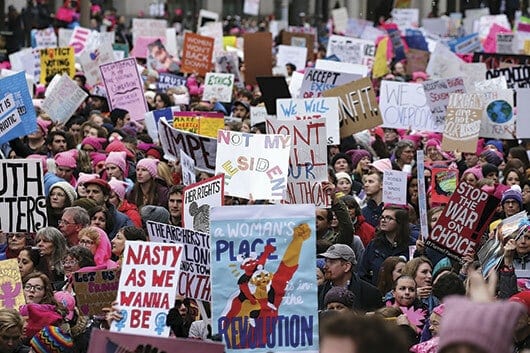 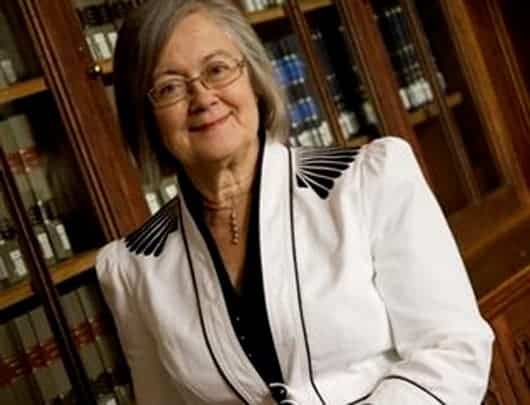 The courts, parliament and Boris Johnson