The song, ‘The Freedom Come All Ye’, is a triumphant combination of internationalism, anti-imperialism and a call for world revolution. It has often been proposed as an alternative Scottish national anthem (although many Scots would struggle to understand the words) but its author, Hamish Henderson, who died last month at the age of 82, preferred to see it as an international anthem:

Hamish Henderson made an enormous and varied contribution to Scottish culture. But he was not just a poet and intellectual, he was also a political activist. As a young man just before the start of the Second World War he worked in Germany helping Jews to escape from the Nazis. The war gave him the experiences and insights that were to form the basis of his special combination of cultural and political action. He joined the army and from the North African desert campaign came his award-winning book of poetry ‘Elegies For The Dead In Cyrenaica’.

His work as an army intelligence officer later took him to Sicily and then Italy where he fought with the partisans. He formed a deep attachment to the Italian countryside, the people he fought alongside and to Italian culture. One of his most memorable moments was when he personally received the surrender of Italy from Marshall Graziani. He kept the paper in his pocket ever onwards. After the war he returned to Italy to make the first English translation of Antonio Gramsci’s Prison Notebooks. But this was now the period of the Cold War and he was ordered to leave as a ‘danger to Italy’.

Before the war he had studied at Cambridge University and had spent time working on collections of Scots folk songs. He suspected that these songs were still being sung in the rural areas of Scotland and especially among the travelling people. Armed with an early tape recorder he set about recording the folk songs and stories that many believed had disappeared. The problem then was what to do with the material. University departments such as Edinburgh’s school of Scottish studies did not yet exist. It was necessary to invent it. Not content with recording and studying this material, he set about introducing the singers he had ‘discovered’ to a new young generation of performers. In this way the foundations were laid for what became the folk revival of the 1950s and 1960s.

It was as a result of this involvement in promoting traditional singers that he became involved with others like Ewan MacColl and Norman Buchan in setting up the People’s Festivals of 1951, 1952 and 1953. These were an alternative to the official Edinburgh Festival and what was perceived as its elitism. They were the forerunners of what is now the Festival Fringe and also had an international impact influencing the development of such festivals as the Italian Communist Party’s Feste dell’Unita.

The Soviet Union’s invasion of Hungary led him, along with so many others, to move away from the Communist Party. He remained a socialist and peace campaigner, although not a pacifist, joining many campaigns and demonstrations over the years. Staunchly anti-racist, he was arrested for his part in the protests against the South African rugby tour of 1970. He was surprised and amused to be offered an OBE by the Thatcher government in the late 1980s. Needless to say, he rejected it and went on to demonstrate against the poll tax.

His songs will probably be his most lasting legacy. He was not a prolific creator but he produced songs of high quality. His ‘John MacLean March’ describes the mass demonstration in Glasgow that greeted the Clydeside revolutionary on his release from Peterhead prison. The song conveys the sense of solidarity on the march–between skilled and unskilled workers, Highlanders and Lowlanders, socialists and the struggle for Irish independence and internationalism.

That’s him there the bonny fechter [fighter].

Lenin’s his fier [companion] Mac and Liebknecht’s his mate.’

His ‘Flytin o Life and Daith’ (a ‘flytin’ is an argument) concludes with:

‘Quo Daith, the warld is mine.

I hae dug a grave and dug it deep

For war and the pest will gar ye sleep,

Quo Daith, the warld is mine.

‘Quo Life, the warld is mine.

An open grave is a furrow syne,

Yell no keep my seed frae faain in,

Quo Life, the warld is mine.’ 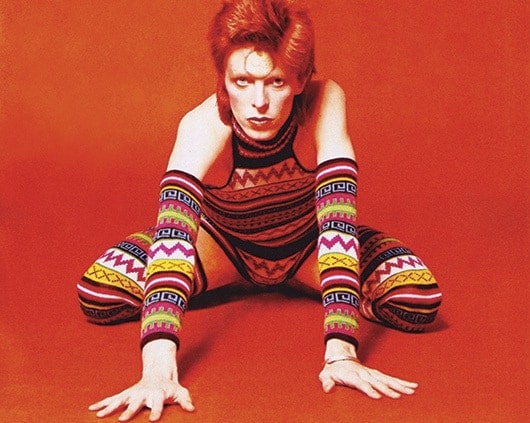 A gift of sound and vision

Pete Seeger: A song for every struggle

Obituary: How It Would Feel to be Free