The Sky is No Longer the Limit

Socialists by their very nature are internationalists and care about peace and social justice worldwide. These two booklets (part of a regular series from Spokesman for the Bertrand Russell Peace Foundation) give lively commentaries and background to current issues in collections of short essays.

Have you wondered about the reality of the Israeli/Palestinian conflict from Palestinian eyes? Hanan Ashrawi shows just what it is like to be blamed as the victims of the conflict and states the facts of Israel’s links with the US right wing in her essay ‘Restraint or Racism in Palestine’. But for an even more detailed analysis of the struggle in the region linked to the US fight for control of its oil and mineral supplies, backed up by militarism, read Noam Chomsky’s ‘Crises in the Middle East’. Chomsky points out the looming dangers of war and marks the US out clearly as the rogue state in the world. It is the US, he states, which has brought us in recent years to the brink of nuclear war–lest we forget.

Ken Coates similarly brings us up to date with references to the history of the Cold War with the new build up of militarism. The brazen plans of the US to take war and weapons of mass destruction into space, euphemistically called ‘National Missile Defence’, and to achieve world domination are spelt out clearly in several contributions in Full Spectrum Absurdity. If you ever had any doubts as to the role Britain will play in these global domination plans, read Dave Webb’s earlier essay, ‘The UK’s Role in Star Wars’. The Yorkshire bases at Menwith Hill and Fylingdales are key components in US domination of the world and plans for ‘Son of Star Wars’ missile defence system.

These are vitally important issues for campaigners right now. As I write I have just heard that the planning officer in Harrogate has given permission (he needn’t have recourse to any local council planning committee as this is a Ministry of Defence application) for building more defence systems at Menwith Hill. The UK government is going ahead tamely complying with US plans for the militarisation of space. Menwith Hill is a US spy, command and control base in a national park, which makes Harrogate and its surroundings a prime target for ‘terrorist’ attacks, such as we saw on 11 September. The articles in these books will make every reader ask, ‘Why are there US military bases in Britain, or on any foreign territory?’

If you want further confirmation of US imperialism in the world today and what lies behind it, read ‘The Spirit and the Budget of a new Cold War’, by Gilbert Achcar. This gives a detailed account of the billions spent by the US government and defence contractors on arms.

The themes of these booklets are with us here and now: the power of the corporations to rule the US, the greed of the defence contractors (war is good business), the struggle for control of resources, the careless attitude towards social justice for the disadvantaged both within the US and across the world. The booklets should be read–order them for your library, be it local, college or school. 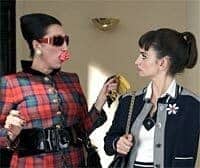 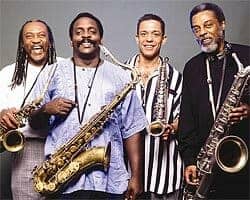 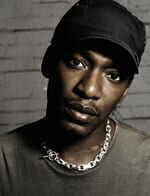