This article is over 18 years, 4 months old
It was extremely satisfying to see the coverage of the George Orwell centenary (July/August SR).
By Phil Windeatt
Downloading PDF. Please wait...
Monday 01 September 2003

Those of us who go back a few years will remember condemnation of the writer by Stalinists and right wingers alike, but it was the IS tradition that re-evaluated the man and his work. I was fortunate to see the 1954 BBC production of 1984 recently, with Peter Cushing as Winston Smith. It may have been murky, black and white with Crossroads-type rickety sets and cartoon graphics, but it was gripping and chilling. It is a high point of British television which deserves to be repeated. Chris Langham’s recent portrait of Orwell was fascinating, as is Alan Plater’s drama from the 1980s The Crystal Spirit – Orwell on Jura. It is interesting that a man who always seemed to avoid the camera has been so well portrayed by it.

A perfect starting point to appreciate Orwell in print is John Newsinger’s book Orwell’s Politics. He effectively defends Orwell, and places his more exotic and reactionary views in some sort of perspective rather than indulging in finger-pointing moralism. Orwell was a writer moving to a real socialist view of the world, but terribly isolated, buffeted by Stalinism on one hand and reformism on the other. There was only a handful of Trotskyists in London at the time. A leading British Trotskyist, Reg Groves, missed working with Orwell at the Hampstead bookshop by a matter of days – one of the great ‘what-ifs’ of the British left.

The knives were sharpened again when news broke recently that Orwell was informing on the comrades. Obviously no socialist would defend his decision to spy on others or call Auden a pansy but he was worn out and terminally ill. It appears now that his ‘spying’ was a list of one-liners probably cobbled together over a pint and a fag. I wonder how many of Orwell’s critics would have been willing to volunteer to fight in Spain and cop a bullet? 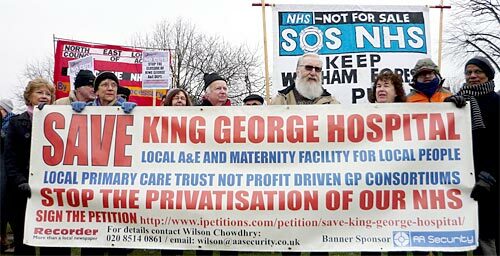 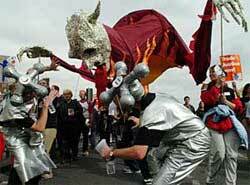