This show, about workers’ resistance during and immediately after the First World War, is a new version of the Red Clydeside song cycle. What are the origins of the cycle itself?

AH: I recorded a CD a couple of years ago with Dave Swarbrick, the fiddle player, and we performed it last year at Celtic Connections. In the show I was performing as the singer/songwriter and the narrator, which was exhausting. So when they asked us back again this year, we thought we should take it a stage on and enlist the services of a real writer and some real actors.

Which is where you come in, Martin. What did you do with what was already there in the show?

MM: Talking with the actor Gary Lewis about it, we thought that, rather than try to write a play, we should just tell the story, but tell it in a way that is entertaining and injects some humour. Alistair had done a lot of research just for the sleeve notes, and a lot of that is in the script. I’ve turned it into a piece for three actors. One character is from the present day, and asks a series of questions about Red Clydeside. The other two characters are like whispers on the wind, and they come out with all the facts and figures about what actually happened.

People have been singing folk songs about John Maclean and Red Clydeside for a long time. Why did you think a full song cycle was necessary?

AH: I was really astonished when I came across a biography of Maclean written by his daughter Nan Milton. I had been singing Hamish Henderson’s song ‘The John Maclean March’ for years, knowing very little about Maclean other than that he opposed the First World War, he was a socialist, and he had been put in prison for his anti-war activity. I realised pretty quickly that that was about the extent of what nearly everybody who sang that song knew about Maclean. I was over in Australia when I read Nan’s book – I was over there for about 25 years – and I thought, ‘I want to do a CD about this whole story.’ It has become even more relevant today. This was an anti-war movement that turned into something on a much larger scale, that challenged the whole capitalist system.

I realised that to do this properly I’d really have to be in Glasgow. So a large part of my decision to come back and live in Glasgow was that I wanted to do this song cycle.

There is continuing controversy over the legacy of John Maclean within the left. Does your piece touch on any of that?

AH: The main controversy is over events that occurred late in Maclean’s life, after the war was over. Maclean elected not to have anything to do with the creation of the Scottish wing of the Communist Party (CP). We come down strongly on the side of saying that Maclean was actually wrong about that.

What we really wanted folk to come away with was the idea that you can organise and you can fight to change society. Maclean and the Red Clydesiders came within a whisker of pulling it off. The ruling class were so terrified that they sent the largest mobilisation of troops and tanks on native soil in British history. When Maclean said they could turn Glasgow into a ‘revolutionary storm centre’, he wasn’t deluding himself.

MM: The script uses the words of the famous Glasgow socialist Harry McShane, who explains why Maclean was reluctant to get involved in the formation of the CP. The piece is a celebration of Maclean, but also of the other Red Clydesiders. Willie Gallacher (a leading member of the CP) is quoted many times. I hope people won’t fall out over the differences – I did a John Maclean event several years ago, and a fight started in the audience between someone who took Gallacher’s position and someone who took Maclean’s position, and it kind of defeated the purpose of why we were all there.

Is there a further life for this piece, or does it end with this year’s Celtic Connections?

MM: The next step would be to do something different again, maybe a full play, who knows?

The Invisible Handcuffs of Capitalism 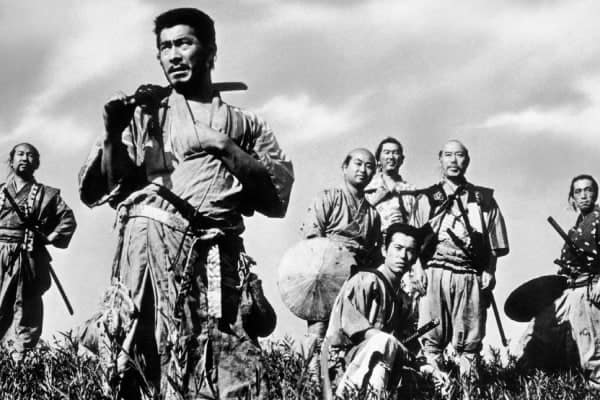 A chance to see some Japanese classics

The Price of Fashion