This article is over 19 years, 9 months old
Anyone who has ever used Hotmail--one of the most popular online e-mail systems--will have noticed that junkmail, or spam as it is called, is much worse on its service than any other.
By Martin Empson
Downloading PDF. Please wait...
Saturday 09 November 2002

Hotmail (and its parent, Microsoft) claims over 110 million users of its system worldwide – a massive potential market for anyone who has access to its e-mail address book and a computer system capable of sending mail en masse.

A recent report in the ‘Guardian’ at media.guardian.co.uk estimated that 11 million spam e-mails are sent daily worldwide – even if only a tiny fraction of these prove profitable, there’s obviously lots of money to be made from unsolicited e-mails.

However, Hotmail will have been stung by criticism of its registration procedure which allowed some spam companies to haul in users’ addresses unless the user opted out of the scheme. When registering for Hotmail users have to make sure they click a box on the online form, or find themselves automatically added to an online directory.

Hotmail’s recent claim to ‘aggresively fight spam and provide users with a world class e-mail experience’ has provided amusment to those such as a writer of the online IT news site ‘The Register’ (www.theregister.co.uk) who in the past remarked that ‘only a cynic would suggest that Microsoft’s commercial relationship with a directory firm, judged more important than the needs of its Hotmail users prevented the company from making basic changes that might limit the amount of junk in people’s inboxes’.

It also remains to be seen whether recent attempts to regulate e-commerce through a European Union directive will make much difference.

Either way, spam e-mail is expected to treble by 2005, and those who pay by the minute to download and read their e-mail will increasingly find themselves paying to receive unsolicited advertisements which offer the most dubious and unwelcome products and services.

Finally, many thanks to the reader in Denmark who e-mailed this link www.searchenginewatch.com. If you log on you will find more details and information about last month’s story on certain regimes (such as that in China) restricting their citizens’ access to the internet. Remember to send me your own links and ideas.

The strike that could have beaten Thatcher 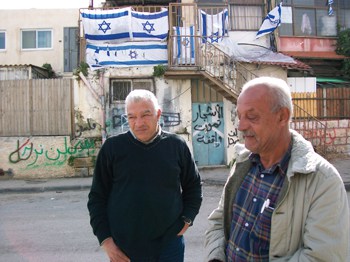