Sport for all isn’t part of the Olympic dream

The Olympics saw some fantastic sport. The performances of Usain Bolt, Mo Farah and Almaz Ayana on the track were awe inspiring. Katie Ledecky and Michael Phelps in the pool were completely dominant. In the velodrome Laura Trott was untouchable (again), while Nicola Adams boxed with grace and power.

But the Olympics are so full of the contradictions of capitalism that it leaves me conflicted.

The games’ funding model will leave impoverished Brazilian communities paying for infrastructure for years to come. The four-year Olympic cycle is steeped in corruption and self-enrichment for the International Olympic Committee and its members, and is fused with powerful business interests across the globe.

Then there is the way the event reinforces xenophobia, nationalism and oppression. South African athlete Caster Semenya was abused by fellow athletes — in particular British athlete Lynsey Sharp — and sections of the British media over her naturally occurring levels of testosterone. It was also suggested that four other female athletes had, under pressure, undergone FGM to control their testosterone levels.

The press worked themselves into a lather because Egyptian volleyballers Doaa Elghobashy and Nada Meawad didn’t wear skimpy bikinis. There was faux outrage when Chinese swimmer Fu Yuanhui mentioned that she didn’t perform as well as she had hoped because she was on her period.

Then there was Tory MP Heather Wheeler who claimed at the end of the event that the “British Empire” had won more medals than the rest of the world put together.

The games finished with “Team GB” second in the medals table. This led British athletics chief Liz Nicholl to claim Britain is now a “sporting superpower” and that the next games in Tokyo could be even better.

Britain’s improving medal haul over the last three games is a direct result of a change to elite sport funding initiated in the aftermath of the 1996 Olympics in Atlanta, where Britain finished a miserable 36th. John Major’s government decided to divert lottery funding to Olympic sports. Since 1996 £1,010 million has been invested in elite sport, £274 million of that over the past four years. Since 1996 governments of all stripes have been committed in general to privatisation and marketisation but the Team GB success is a direct result of state investment and direction.

Team GB athletes benefit from being full-time and well paid. They are well supported by sports scientists and all manner of coaches, working on the basis of the concept of “marginal gains”. This is an approach whereby sports are broken down into a range of component elements and slight improvements in each area can have a massive overall effect.

Thus better footwear, aerodynamic clothing, improved nutrition and recovery, for example, can bring marginal gains which add up to a marked improvement in performance. The philosophy was first applied in those disciplines where athletes worked with machines (bikes and boats, for example). Both machine and athlete could have their elements “broken down” and improved. The system works best where elements and environments are more predictable. Thus cycling in uniform velodromes has been much more successful than road cycling where teams struggle to cope with varied conditions.

The most unpredictable element in this system is the athlete so they find themselves under rigorous control. They train relentlessly, the same task completed again and again. The aim is to squeeze unpredictability out, to control as much of the sporting task as possible.
Their recovery, nutrition and free time are regulated as they become 24/7 athletes. Even their sleep patterns are monitored. Mo Farah, for example, often sleeps in an oxygen tent. Controversially the “marginal gains” philosophy was even applied to women cyclists’ pubic hair in an attempt to control saddle sores and rashes. This is the alienation of the athletic worker who is increasingly losing control over their activity and their body.

Finally we are often told that the successes of Team GB are promoting a long-term sporting legacy. Yet the evidence is mixed. After each of the last few Olympics there has been a short-term increase in sport participation, but the emphasis on elite sports means that there are not the clubs, coaches, facilities and resources to support and sustain this.

The Olympics bring great athletes together to showcase their talents, but they are structured by state and big business interests and drain resources away from participatory sport for all.

Not a Level Playing Field 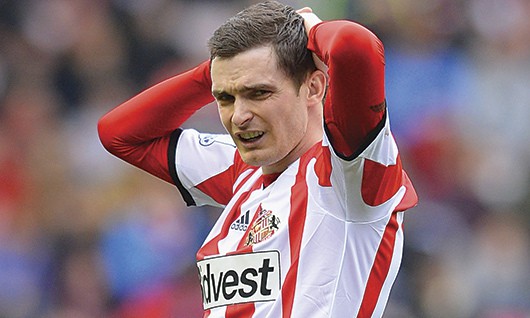