Anyone listening to New Labour politicians justifying their performance on public services will have heard them claim to have increased spending to record levels. Yet anyone who works in or uses them feels that they are in crisis.

A rigorous analysis of where the money is really going would help undermine Labour’s pretence to be the defenders of the welfare state. Squandered includes much useful detail. For example, it quotes the rapid decrease in the ratio of beds to managers in the NHS, dropping from 12 beds per manager to less than five in ten years, or the large pay rises of the top public sector bosses, such as chief execs of national museums and galleries who have seen pay increases averaging 7 to 10 percent per year (to salaries of over £190,000 at the Tate).

Most of us would contrast that with the low wages and pay cap endured by the other staff in the public sector. David Craig misses this point. In fact he frequently fails to distinguish between those battling to provide services and those at the top of the pile.

So he attacks public sector pensions by quoting what a long serving civil service permanent secretary could hope to get on retirement. The reality for most civil servants is very different. Because of low wages and careers shortened by job cuts, the average civil service pension is only about £5,000 per annum – even after including the big pensions paid to the Sir Humphreys.

Craig, together with Private Eye‘s Richard Brook, had earlier produced a devastating critique of the parasitical behaviour of the management consultants who are milking public services (Plundering the Public Sector).

Unfortunately, it seems that Craig cannot repeat this quality on his own. He is highly critical of the justifications for the wars in Iraq and Afghanistan, and calls for an end to the ID cards programme and a return to a public service ethos. But, while he attacks PFI and private hospital cleaning, he seems not to direct his ire at big business (with even more inflated top salaries) in general. And at times he veers into the positively unpleasant. He attributes far too much blame to the European Union – his chapter on it would not be out of place in a UKIP publication. And his frequent comments about migrants and endorsement of US style workfare often make this an unpleasant read. A better critique is possible – and necessary.

A People’s History of the German Revolution 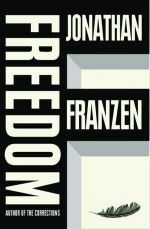