This article is over 17 years, 4 months old
As a regular reader of Socialist Review I'm going to miss the monthly ritual of turning straight to the back page to read Pat Stack's column.
By Eve R Light
Downloading PDF. Please wait...
Wednesday 01 September 2004

Like Paul Foot, whose untimely death we have sadly mourned this summer, Pat has the rare gift of making politics accessible, injecting wit, humour and passion into every column.

As a child of socialist parents, or a ‘red diaper’ as Pat would say, growing up in 1980s Britain it was precisely these qualities of passion and commitment, and the patience and clarity with which Pat brought Marxist politics to life, that helped to cement my own political convictions. We ‘Thatcher’s children’ were meant to be completely self-seeking, share-owning proponents of capitalism. Some people were conned into buying the hype, the council homes and British Gas shares at first but have subsequently been betrayed as boom turned to bust.

After finally getting rid of the Tories we were promised that things could only get better under New Labour. But instead Blair and Brown’s first act was to hand even more control to the bankers with one hand and to introduce student loans with the other.

Throughout all of this time Pat’s column has charted a political path of dissent and argued for a radical alternative.

As we enter perhaps uncharted territory with the unprecedented growth of the anti-war movement, and see the exciting possibilities of the World and European Social Forums combined with the ever more vicious attacks on ordinary people around the world, it’ll seem strange not to have Pat’s cutting analysis of events.

I should add that as a fellow Spurs and Dylan fan, unlike Pat’s exasperated editor, I have also always been happy to indulge his excellent footballing and musical diversions.

I’m pleased to see that Pat’s input will still feature elsewhere in SR and am delighted that he will have one final hurrah to mark Maggie’s ultimate demise. Having grown up during her reign it hardly seems possible, but maybe now I’m looking forward to it even more. 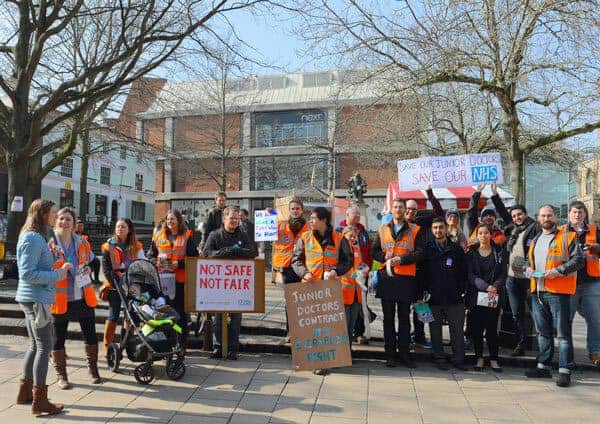 Letters—Fight to defend the NHS, the crisis is the fault of bosses

An Attack Against the Enemy