Pitched as a primer on the topic of state crime, this book has a particular focus on Britain. Alan Doig introduces discussions on the nature of the state and what constitutes a crime. To do this he uses a wide-ranging series of historical examples and case studies before moving on to question what can be done about state crime.

While the author appears to have a very genuine concern about the harm done when states commit crime, the book is not polemical. Doig’s background, as an anti-corruption adviser to the Council of Europe and a professor of public services management, is apparent in his technocratic approach to the subject matter which privileges the role of legal frameworks and bureaucratic structures.

Whether dealing with the shooting of Jean Charles de Menezes or the dodgy dealings of the Thatcher government as it pushed through its privatisation agenda, the author’s main concern is locating the point at which formal responsibility can be attributed to an individual or a discrete group. This often leads to somewhat amorphous passages on the particularities of the structures and interrelationships of the various organisations involved.

For socialists the key aspect that defines the state is the way that it emerges under capitalism as an expression of the antagonism between the ruling class and the working class. Crucially this means that any attempt to understand harm done by the state, the motives and the means involved, can provide neither a satisfactory analysis nor a solution to the issue if it ignores the role of class interests. It is here that Doig’s work is found wanting. He fails to engage in any meaningful sense with the idea that the state’s position of mediating between the two classes and its monopoly on the legitimate use of violence lie behind the events defined as state crime.

This lack of a class analysis underlies the mistaken idea that state crimes are exceptions to idealised norms of liberal democratic behaviour. Doig does not ask why there is a group of armed individuals able to commit acts of violence against ordinary members of the public without fear of prosecution. Rather he simply accepts the existence of such and limits his horizons to the idea of mitigating the occurrence of state crime through regulation.

Despite these shortcomings, the historical information provides some interesting background. The sheer variety present in the examples gives a real sense of the way the state exerts itself in every sphere of life under capitalism, and it is this that is likely to prove most valuable to the general reader.

However, I would not recommend this as a place to start for those looking to understand the role of the state, especially in relation to police violence on the student protests. A better introduction would be Lenin’s classic text, The State and Revolution. 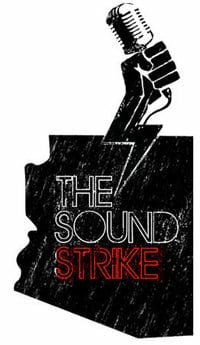