This article is over 13 years, 0 months old
The death of Ian Tomlinson at the G20 protests in London last month has reopened the debate on police accountability. Filmmaker Ken Fero remembers those who have died while in police custody and his fight to show the truth with his documentary, Injustice
By Ken Faro
Downloading PDF. Please wait...
Friday 01 May 2009

Ian Tomlinson’s death on 1 April during the G20 protests in the City of London was tragic and his grieving family and friends are demanding to know how and why he died. Establishing the cause of death is just one of many painful experiences that they will go through in order to find out the truth. Like the families before them who have lost loved ones after coming into police “contact” they will now have to suffer the indignity of Ian’s body having three post-mortems. For some families there is not much recognisable left to bury after the state, the family and the police officers involved have all had their individual pathologists dissecting the body. The families of the deceased have rightly questioned this outrageous insult to the dead. Why, they ask, can there not be a joint post-mortem?

You don’t have to go back that far to find real horror stories. During the mid to late 1990s a huge number of young black men died while under the jurisdiction of the Metropolitan Police. In one such case in May 1995 Brian Douglas, a 33 year old music promoter, died as a result of a blow to the head by a baton wielded by a police officer who had stopped him after he had been out with friends. Why PC Tuffey decided to hit Brian with a blow to the skull – whose impact was the equivalent of falling from a building 11 times his own height – we have yet to find out as he has never stood in court to explain himself. During the post-mortem pathologists removed the brain from his skull for examination. The family had to go ahead with the burial while his brain stood in a laboratory. It was not until after the inquest in August 1996 that it was returned. The family had to dig up Brian’s grave so that they could lower a smaller coffin that contained the missing body part into it.

The family of Brian Douglas as well as those of Ibrahima Sey, Joy Gardner, Roger Sylvester, Shiji Lapite, Harry Stanley and many others have campaigned and lobbied government for change. Supported by organisations like Inquest and 4WardEver they have demanded that this horrific practice should stop and that pathologists should, at the very least, have a joint autopsy – yet it continues. It is clear to see who benefits from this confusion and conflict that arises. Doubts about the cause of death can hamper a trial and bog a jury down in obscure medical jargon. That’s if it ever gets to a jury.

When Brian died we had embarked on making the feature length documentary film Injustice, examining his and other cases. In the film serving police officers were accused of manslaughter and murder.

Our main starting point was that between 1969 and 1999 over 1,000 people had died in police custody in England. No police officer to date has been convicted for any of the deaths. Media manipulation silenced any attempts to investigate the issue, so we wanted to tell the story of the struggles for justice by the families of some of those killed by the police.

Since the film was released in 2001 there have been thousands of screenings and it has been broadcast in several countries, won prizes in festivals and had a cinema run in Britain and abroad. Millions more have heard of the film and its basic message that there are human rights abuses perpetuated by police in Britain.

But Injustice is a film that nearly did not make it to the screens. On 6 July 2001 the premier of Injustice, at the Metro Cinema in London, was halted dramatically when two police officers issued last minute legal threats to the cinema owners. News spread about the police action and the ensuing uproar in the cinema. Journalists and television crews from Britain, Iran and Japan were present. An hour later we were condemning the police action on the BBC evening news with a simple message: “We will not let the police kill our film.”

Five days later, on 11 July, a second attempt to show the film at Conway Hall was met by more sabre-rattling from the police. The number of police officers who felt aggrieved by the film had increased to 13. After it became clear that Conway Hall was going to cancel the screening a cry from the audience rang out – “Show the film!” The audience took control of the venue, barricaded the doors and projected the film themselves. This action catapulted the story of the attempts to censor the film into the daily newspapers.

For some time following this screening the police continued to harass venues that tried to show the film. Publicity increased with every attempt that they made. Screenings were always full and spilling onto the street; Q&A sessions would go on long afterwards. In this fight we were helped by many people – workers, students, lecturers, trade unionists, religious leaders and anarchists.

By late summer news coverage of the attempts by the police to get the film banned had included women’s lifestyle magazines, film periodicals and mainstream news. Injustice dealt with human rights abuses but the attempts to suppress the film also raised fundamental questions of freedom of expression. The Police Federation was taken aback by the favourable press reaction to the film and our struggle to show it, and they demanded that we make cuts. We refused because we would not censor the voices of the families. The federation went silent.

At the Black Filmmakers International Film Festival in London on 10 September 2001 the Curzon Cinema agreed to go ahead with a public screening. Tension was high as the cinema waited for the usual police threat. It never came. The curse of the Police Federation was finally broken.

On 2 December 2001 the film began its West End run at the Prince Charles Cinema in Leicester Square, London. The police tactics had failed. Since then the film has gone from strength to strength. Each screening has its own dynamics and responses. At the African Diaspora Film Festival in New York the audience included families of young men and women who had been shot by the New York Police Department. Similarities emerged – the police self-investigation, a corrupt judicial system and political administrations that allow those who kill to be our “protectors”.

In December 2001, with the battle to screen the film won, the Attorney General Lord Goldsmith announced a review of the decision-making process of the Crown Prosecution Service in death in custody cases. As time progressed it became clear that the government was unwilling to reopen the cases featured within Injustice. Without that commitment the review became another attempt to silence the families whose cries for justice were the only reason that the process had been instigated.

The international tour continued. In Iran we showed the film to students, journalists and trade unionists. After being condemned and vilified by the West for human rights abuses they were keen to learn about the stories featured in Injustice. Audiences of over 30 million watched these broadcasts and it’s a message we have carried all over the world.

British broadcasters have refused to show the film. Channel 4 claims that Injustice “raises important issues but could not be broadcast without the serious risk of attracting a number of indefensible libel actions from police officers”. On 1 May 2003 the film was projected onto the side of the Channel 4 building in London in protest at this censorship. It’s a matter of public interest that the film is now broadcast in Britain.

Injustice has been critically acclaimed but unlike other films its aim is not about mobilising money and winning awards, but people. The social movement that was generated by the film is evidence of the power of cinema. Change can come through collective determination and as filmmakers we have tried to play a part in that.

Since the film was released the discredited Police Complaints Authority has been replaced by the Independent Police Complaints Commission. It’s clearly time to ask some very hard questions about performance. There has been a shaky start to its investigation of the Tomlinson death with the initial claim, now retracted, that there were no CCTV cameras in the area where Ian was struck. With Britain reputed to have one of the highest levels of CCTV surveillance in the world it’s laughable to even think that the City of London is not heavily monitored.

The power of the image is clear to see. Just look at the impact of those pictures of the police lashing out at Tomlinson as well as at protesters at the G20 protests. It’s no surprise that there are attempts to prevent the filming of police officers, and that is something we are all going to have to resist. We have certainly kept our cameras rolling and are producing a follow up to Injustice.

Our lessons from making Injustice are that police violence and wrongdoing need to be constantly documented and challenged and that the demands of the families need to be central to any campaigning that ensues. Samantha Rigg-David, sister of Sean Rigg who died on 21 August 2008 in Brixton police station, is now actively involved in trying to get justice for her brother: “Sean’s death led us to the history of deaths in custody and we are not about to let his death be swept under the carpet. For us justice for one should mean justice for all.”

Injustice is streaming at www.injusticefilm.tv.

To get involved in the newly formed United Campaign Against Police Violence, a coalition of justice campaigns, trade unionists, political parties and protest groups, visit www.againstpoliceviolence.org.uk, or email [email protected]. 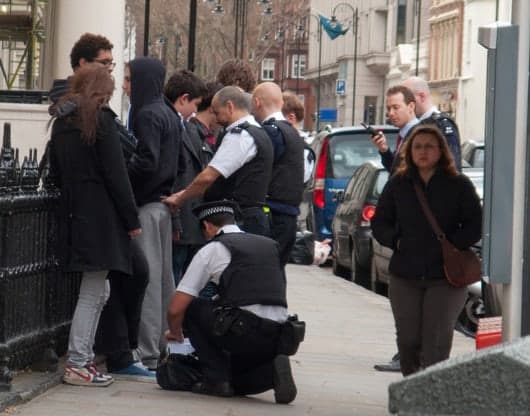 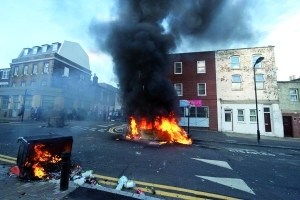 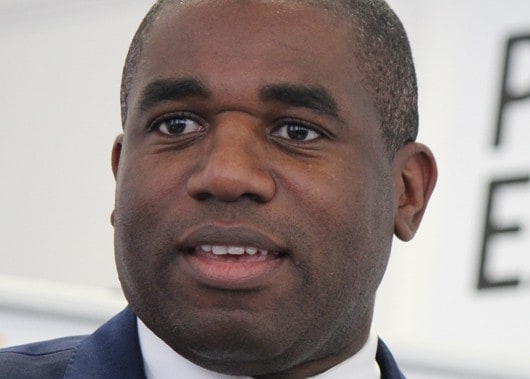