By the time of his death in 2011 a set of fans saw Steve Jobs as a prophet of the future and the most important person on the planet. Jobs was head of Apple — which created the Macintosh computer, the iPod and the iPhone — and he appears to have shared this opinion.

Much of the rest of the planet thought he was an arrogant egotist who sold overpriced designer goods to the gullible. Such people should not turn up their noses at this biopic. Here he is presented as a visionary, but also as a complete “asshole”.

The witty script is by Aaron Sorkin, who skewered the people behind Facebook in The Social Network. The film is directed by Danny Boyle and manages to have some of the claustrophobia of Trainspotting or 127 Hours.

Jobs himself is played with intensity by Michael Fassbender, slowly transforming from self-centred hippy to black polo-necked billionaire guru.

The details come from Walter Isaacson’s meticulously researched warts and all biography.

The man who emerges is petty, manipulative and cruel. His colleagues referred to “The Steve Jobs Reality Distortion Field”, which meant that he was incapable of hearing anything that didn’t agree with his current obsession.

He was so charismatic that he could convince others to accept his view.

One key issue is Jobs’s relationship with his daughter Lisa who was born in 1978. For several years Jobs refused to accept he was her father — even after a paternity test showed he was. Bizarrely during this dispute he named an early Apple computer the Lisa — then denied that he had named it after her.

The film also concerns itself with arguments about the future of computing and the internet. The central row is with Steve Wozniak, who actually designed the early Apple computer systems, over whether they should be modifiable by the user. Jobs celebrates the fact that the Apple will be incompatible with other computers because it would make it easier to develop aesthetic complete systems, but also because not sharing would make more money.

In one scene he shows what a breakthrough the Mac is by getting five year old Lisa to experiment with it. She finds a drawing programme and presents him with a picture. The fact that small children can intuitively use computers does not seem so radical now. The humour in the film is that he is completely unaware that Lisa is trying to communicate with him, rather than the machine.

Jobs complains to Lisa at one point, “You keep saying what you want without listening.” But this works much better as a description of Jobs himself.

The film centres on the inhuman behaviour of a man who was obsessed with making computers easy to use.

But in a way they have also made a parable about capitalism. The person who succeeded was the one who worked out how to make money, not the one with the original creativity and vision. This is a world where it matters far more how machines relate to each other than people. 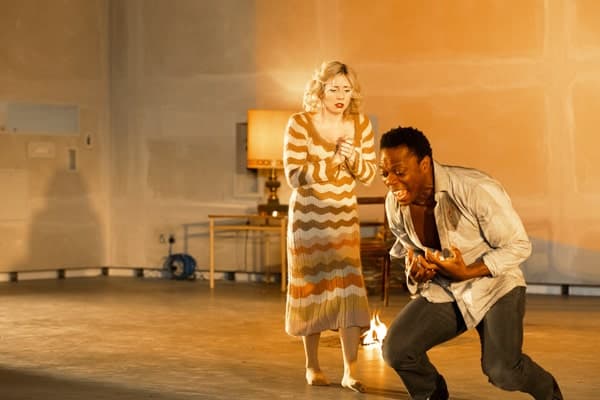