Stonemouth is a two-part drama adapted from Iain Banks’s novel of the same name. It is the first adaptation of one of his novels since his untimely death in 2013. It is billed as a romantic mystery.

The story is told by Stewart Gilmour, who was run out of town by his girlfriend Ellie Murston’s family. He is now returning from London years later to attend the funeral of his best friend, Ellie’s brother Callum.

His death from apparent suicide has brought Stewart home and he has to deal with the threat of violence from the Murstons. The Murstons and the Macaveets are rival families who run the town through their businesses — legal and illegal.

Peter Mullan plays Don, the head of the Murstons, and Gary Lewis plays Mike, the head of the Macaveets. Stewart has to navigate the laws that they lay down for the town, as he deals with the death of his friend and having to face Ellie again.

The stories of his childhood, his friends and his own role in his forced exile — from Stonemouth and from Ellie — are told through flashbacks. Bit by bit they explain how the town works. It is the story of those who leave their communities and are faced with mixed emotions when they go back. There are feelings of familiarity and home, yet he sees things differently now he is older and has been away. Stewart also has to deal with his own feelings of guilt. The background to all of this is the sea, the coastal landscape and the ever-present road bridge.

Stewart meets up with old friends, such as Ferg, who has stayed in Stonemouth, and he catches up on their lives since he left. The drama cuts back to their younger days and reveals their shared histories and intertwined lives.

What it means to live in Stonemouth is revealed through his enquiries into Callum’s death. We get to see the different lifestyles of those who have wealth compared to those without it. We see how those with power seek to keep it that way by controlling everybody else while trying to maintain their “respectability”.

The thing that stayed with me after watching Stonemouth is the sense of the village and the people who are shaped by it. It seemed a realistic view of what it would be like to grow up here, and despite the threats of violence and the dramatic events of the programme, it left me feeling optimistic.

The romance between Ellie and Stewart runs through it all. I did wonder though when the first words he says to her are, “I’ve loved you from the minute I saw you and I want to have children with you.”

That would send most women running in the opposite direction. It’s not quite how it happens in the novel — something that is true of other aspects of the drama. Nevertheless, the TV Stonemouth holds your attention from the outset, keeps you involved, is good to look at, and is packed full of excellent actors. 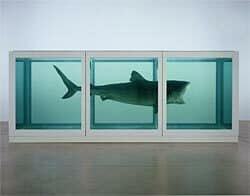 Damien Hirst blockbuster is neither fraud nor fresh 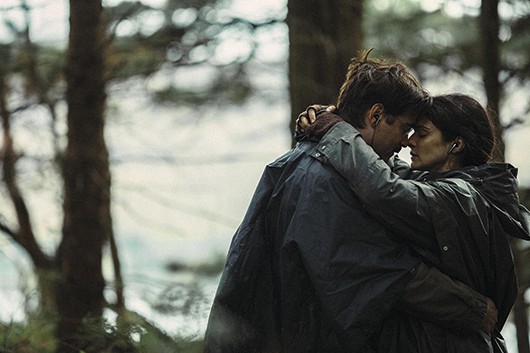