A Storm in the Blood is a novel loosely based on the true story of the murder of three policemen by a gang of Latvian revolutionaries in London in 1910, known as the Houndsditch Murders, and the ensuing manhunt that culminated in a shoot-out known as the Siege of Sidney Street. Parallels are drawn with the media hysteria and atmosphere created in London after the July 2005 bombings but the book is also a comment on far more.

Rivka arrives in London on the run from the police in Latvia and is at once accepted into an underworld of political exiles and illegal immigrants in the East End of London. Fink transports the reader to the East End of the day, where streets are bustling with the sound of Yiddish voices existing happily alongside the English working class community.

Not a revolutionary when she arrives in London, Rivka is radicalised by the brutality she faces from a chance encounter with the police and the solidarity shown by the group that looks out for her.

As her eyes are opened to the fact that the state in Britain is just as bad as the state back home, and will treat her worse as she is now a foreigner, Rivka becomes involved in the burglary of a jewellery shop, the proceeds of which will be sent back to the Bolsheviks in Russia.

Despite living an extremely difficult life in the slums of London, the characters always have hope that some day things will be different. Through the misery and grind of everyday life they make time to laugh, to sing and to fall in love.

The book features a number of strong women characters. Their relationships with each other, as well as with the men of the gang, form an interesting sub-plot. These women are just as committed politically as the men, and they have their own jobs and exert fierce independence in their sexual relations. Yet it is the men who are portrayed as the leaders.

Fink’s subtle storytelling style means you are often not quite sure what is going on in the characters’ heads and are left guessing as to the real motives behind the actions they are taking, leading to unexpected twists and turns.

When things go wrong for the gang you see how each character reacts differently – from blind determination to continue to complete destruction by grief. The book is a compelling read, as both a gripping crime story and an exploration into human relationships. 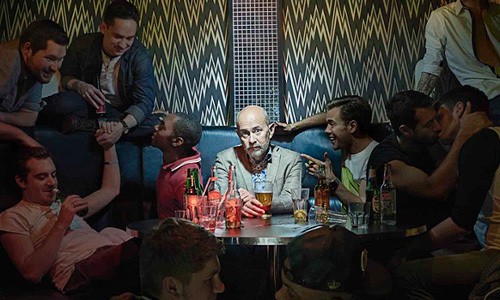