This article is over 19 years, 11 months old
People left on hospital trolleys waiting for treatment; bosses recruiting non-union labour to break a legitimate strike, with a nod and a wink from the government; a cash for favours scandal erupts engulfing ministers and their advisers. You could be mistaken for thinking that the dark days of the Tories have returned. But no, this is life under New Labour.
By Editorial
Downloading PDF. Please wait...
Saturday 16 February 2002

While he travelled the world spreading the gospel, Tony Blair forgot one important fact – the problems back home are mounting. This is most starkly seen in the continuing deterioration of public services. The railway system teeters on the brink of collapse, and schools and hospitals continue to suffer from years of underinvestment. The decision by Blair and Brown to stick to Tory spending plans in their first two years in office is now having serious repercussions. All the anger that the union leaders put on hold following 11 September has returned with a vengence.

This is not how it was meant to be. Commentators and experts all predicted that Tony Blair and New Labour would be basking in the warm glow of victory following the ‘war on terrorism’. The polls, we were told, show them to be unstoppable. Yet as public hostility to the problems at home increases, Blair gives the impression of being a desperate and besieged prime minister unable to understand the anger directed against his government. In part this is because many people have seen through the hypocrisy of the war. While there was a minority of people opposed to war when the daily bombing of Aghanistan was taking place, many others are now angry at the brutal and inhuman treatment of the prisoners on Guantanamo Bay. The war has done nothing to solve any of the problems that led to the attacks on the World Trade Centre.

Neither did the war spell the death knell of the anti-capitalist movement, as many predicted. Instead, as the Brussels demonstration at the end of last year and the build up to the Porto Alegre conference show, the movement is alive and well and displaying renewed confidence. It is clear the anti-war movement helped raise other issues such as imperialism, civil liberties and the plight of the Palestinians, which made it bigger, stronger and more vibrant.

Combined with this, however, is a growing militancy among sections of the working class in this country – as shown by the number of strikes that have broken out in recent weeks. The most important is on the rail, where a dispute involving just a few train companies and a few thousand workers threatens to spill over into national action. There is also a national dispute in the civil service and a pay ballot among 150,000 postal workers which could lead to strikes. The combination of these two factors – a questioning of the ideological values which New Labour represents plus an increased confidence to take action – is at the heart of the crisis confronting the Labour government. The more this goes on, the more the tensions between the working class and New Labour look set to deepen.

The relationship between the trade union movement and New Labour has reached a critical point. There is now an open debate between large numbers of workers, and even some trade union leaders, about why the unions continue to fund a government that pursues policies that favour the bosses. The forthcoming Socialist Alliance conference on the political fund in March will be crucial. But there are other opportunities for socialists to organise – the anti-war demonstration on 2 March, supporting socialists in the forthcoming local election campaign, and supporting strikes whenever they break out. 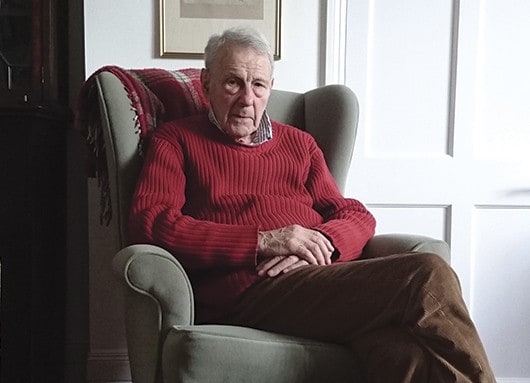