Submission is an irredeemably joyless novel steeped in misogyny and lazy stereotypes of Islam. Reviews on the cover promise that it will be “extraordinary” (Le Monde), “electrifying” (Spectator) and like “a tropical storm” (Observer). It is not.

The novel follows the melancholic musings of 40-something French academic Francois, a disenchanted intellectual whose main interests are having sex with his students and the work of 19th century novelist Joris-Karl Huysmans.

The year is 2022 and Francois stumbles through seismic political events involving a presidential run off between Marine Le Pen of the Front National and the fictional Muslim leader Mohammed Ben Abbes. A deal with the establishment parties puts Ben Abbes and his fictive French Muslim Brotherhood in power.

The new regime takes over education, forcing Francois as a non-Muslim out of his post, albeit with a generous pay off. Women are driven out of the workforce and forced to dress modestly in public. Polygamy is legalised. The new state is more pragmatic in other ways — cocktail parties and prostitution continue, much to Francois’s relief.

Francois sees prominent colleagues converting to Islam to get ahead, eventually converting himself mainly due to the possibility of having access to several young wives.

The publication of Submission in France coincided with the attacks on Charlie Hebdo and fed into an already febrile debate about the perceived threat of Islam. The premise of the book reflects common Islamophobic fears of a Muslim takeover and stereotypes of Islam as a uniform socially conservative force.

These fears are preposterous in a country where the Muslim population is only around 7 percent, where Muslims — who of course hold varied social and political views — are denied any genuine political voice and where Muslim women are refused the right to choose how they dress in public.

Houellebecq is imagining a world where Muslims have taken power, yet the only Muslim characters of substance are opportunistic converts. We glimpse the two new wives of one of Francois’s colleagues — a nubile 15-year-old and a middle-aged woman who cooks well. Needless to say, neither of these has a speaking part.

The novel’s Islamophobia is slightly unusual, however. It does not stem from the defence of liberal capitalism or arrogant pride in the secularism of the French republicanism that we see in much of the debate. In fact Houellebecq is contemptuous of the vacuous nature of modern consumerism and the state of French society.

While Ben Abbes is portrayed as a clever statesman, centrist Francois Bayrou who joins the government is ridiculed and shown, like the French academics, as an opportunist.

Submission is not uninteresting, though often unpleasant. It toys with questions of why religion appeals in the modern age and how individuals are caught up in wider political events. But it is ultimately a reactionary and loveless novel where all human interactions are mere transactions. 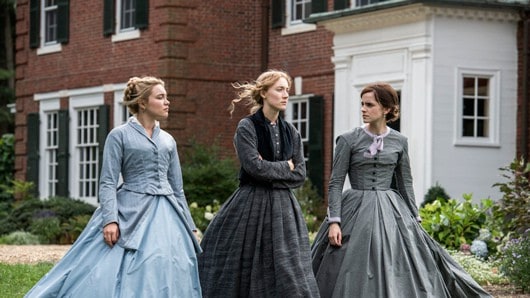 A band that puts Marxism to music