T is for Trotsky

This article is over 13 years, 6 months old
In a world dominated by capitalist crisis and war the life and writings of Leon Trotsky can offer socialists some pointers on the way forward.
By Esme Choonara
Downloading PDF. Please wait...
Sunday 01 February 2009

Trotsky was central to leading two revolutions in Russia – the 1905 Revolution, which was crushed by Russia’s brutal Tsar, and the victorious 1917 Revolution which ushered in for a brief time the most liberated and radical society we have yet seen. He was the key organiser of the insurrection through which the revolution took power in October 1917. He also defended the fledgling new society leading the revolutionary Red Army to victory against more than a dozen invading armies.

Trotsky also lived through the darkest moments of the last century – the slaughter and nationalist fervour of the First World War, and later the growth of fascism. He saw the revolution he had helped to lead crushed – by international isolation and the brutal rise of Stalin. Exiled from Russia in 1929, Trotsky was forced to move from country to country, always in danger and isolated from wider socialist forces. But he knew he was fighting for the future of socialism and refused to go quietly. He was murdered by a Stalinist assassin in Mexico in 1940.

It is hard to think of any other figure in the 20th century who so embodies the combination of theory and practice. He was as much at home writing about 19th century literature as he was riding a horse into a crucial battle.

No area of human experience was off limits – Trotsky wrote and read widely on history, politics, culture and philosophy. He wrote insightfully about the struggle for women’s liberation and the limits of formal equality. He also tackled many questions of strategy and tactics and wrote what probably remains the most important work on how to stop fascism.

Trotsky was an internationalist. He was a great supporter of struggles against colonialism and saw the revolutionary potential of such movements.

The global economy was far less integrated in his day than it is today, yet it was clear to Trotsky that revolutionaries have to understand the world as a global system. So the nature of economic development, the balance of class forces, the specifics of national politics and the movements of resistance can only be understood in relation to the total picture.

It was this insight that meant that Trotsky, like Lenin, insisted that for a revolution to succeed it had to be international – the challenge to capitalism would have to start somewhere, of course, but the key to its success would be the spreading of that struggle.

This understanding also helped Trotsky to develop his theory of permanent revolution which solved the question of how socialism could be possible in a country – like Russia at the time – where workers were in a minority.

Trotsky saw that development in Russia was not just following the same stages as industrial development in older capitalist countries such as Britain or Germany. Instead the most advanced technology was springing up right next to much older and more primitive methods. This created concentrations of workers at the heart of the economy with political and economic power beyond their size. Trotsky identified these workers as the only coherent group with both the interest and ability to drive through a successful revolution and so create the potential for socialism. He opposed the idea that dominated at the time – and which later became the orthodoxy on the Stalinist left – that there had to be a revolution to establish full capitalist development before a socialist revolution could happen.

In 1917 Trotsky was proved right about the dynamic of the revolution. His theory is important today for understanding the potential for socialism in much of the Global South or the Middle East – where there is the same pattern of “combined and uneven development”, as Trotsky called it, and the same concentrations of powerful workers.

Trotsky’s political life was shaped by his profound commitment to socialism from below – that the emancipation of the working class should be the act of the working class. This led Trotsky to develop useful guidance on the united front – looking at how revolutionaries should work with other working class people in a principled way, while still organising independently.

It also meant that he was one of the most enthusiastic supporters of the soviets – the workers’ councils that grew out of the 1905 Revolution and that in 1917 became the organs of workers’ power.

Trotsky’s commitment to socialism from below brought him into a bitter conflict with Stalin over the future of revolutionary Russia. This was not just a fight between two headstrong individuals, but a battle between the ideas and the forces that Trotsky stood for – spreading the revolution and strengthening workers’ control – and Stalin’s determination to use the state to drive up Russia’s industrial capability to compete on a world stage. Stalin brought in his First Five Year Plan in 1928, which saw millions of poor Russians worked or starved to death. The following year he expelled Trotsky from the country. Stalin’s counter-revolution went on to reverse all the gains of 1917.

Trotsky was the first revolutionary socialist to begin to develop a detailed critique of Stalinism. He called Stalin the “gravedigger of the revolution”. His analysis didn’t go far enough – it was developed by the next generation of socialists – but he began the task of fighting theoretically as well as practically to save socialism from its association with the crimes of Stalin.

Trotsky kept alive a strand of socialism that remains true to Marxism and insists on the power of ordinary people to do extraordinary things – to change the world for the better and to create a new way of running society based on need, not profit.

Why read...The Struggle Against Fascism in Germany 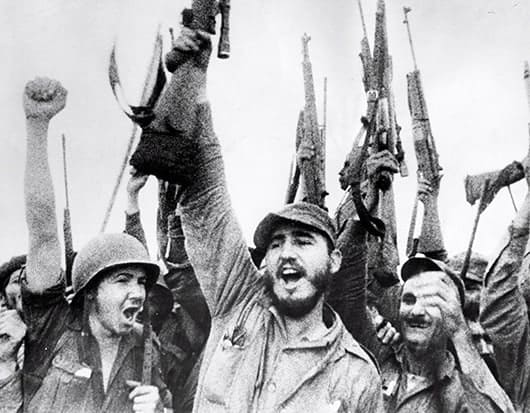