This article is over 2 years, 7 months old
Dundee is the drug deaths capital of Europe. Jim Barlow assesses the strengths and weaknesses of the recent Dundee Drugs Commission report, which suggests a number of approaches to a complex issue.
By Jim Barlow
Downloading PDF. Please wait...
Wednesday 08 January 2020

The Dundee Drugs Commission report published last autumn signified a major break with the policies around drug dependency pursued by successive UK governments ever since US president Richard Nixon launched the War on Drugs in the US in 1971.

It followed increasing concern about the issue in Scotland in general and Dundee in particular. In 2018 some 1,187 people died in Scotland from drug causes, with 53 of them recorded in Dundee. That’s one family a week in Dundee losing a family member to drug-induced death.

Over a year ago, following many articles in the local press, accompanied with photographs of “drug users” depicted in sad compromising situations, the local SNP council along with Labour councillors called for action to be taken. The hidden mess of drug dependency could no longer be hidden or swept under the carpet. The “problem” has become glaring for all to see.

This Commission took evidence from around a thousand people for nearly a year in an effort to try and come up with some conclusions about how to get to grips with drug dependency in Dundee.

The report, alongside a city-wide conference, highlighted the terrible lack of any joined up services throughout the city, from GPs, Drug Health units, social services, chemists, housing, addiction recovery, mental health units and so on. It was clear that most of these services did not speak one another on any regular basis.

The drug-dependent community in Dundee faced severely disjointed services, making access to methadone or alternatives very difficult. People had to wait weeks, forcing them into the hands of local drug dealers. If you missed an appointment, just as with Universal Credit, you would be thrown off the treatment regime.

The health service treatment in Dundee has been described as “rigid and punitive”. But buying street “vallies” in Dundee city centre is relatively easy. Just visit the front door of any chemist shop and you will see dealers conducting drug sales at any time of the day. More often than not these drugs are tainted with a concoction of other poisonous substances. Hence Dundee has the unfortunate title of being not only the drug deaths capital of Scotland, but of Europe.

The Commission has come up with some useful conclusions, many of them following the examples already ongoing in countries such as Canada, Iceland and Portugal, which have decriminalised the use of drugs, and where drug use is now treated as a health issue, not a criminal one.

For example, treating drug-dependent people with a more “holistic” approach by adopting a “no unplanned discharges” policy, prioritising access, retention and quality of care. Getting all of the different services talking together is another proposal.

The Commission also pointed to the use of language, and quickly dropped the “misuse” term. It argued that constantly referring to drug dependent people as “junkies”, “druggies”, “addicts”, “abusers”, “dirties”, “unclean”, “misusers” simply serves to reinforce negative stereotypes. It proposed changing the way we refer to people and start to show kindness, compassion and hope.

The report follows the Scottish Affairs Select Committee’s recent claim that decriminalisation “may help cut deaths”. SNP MP Pete Wishart has said: “The evidence is clear — the criminal justice approach does not work. Decriminalisation is a pragmatic solution to problem drug use.”

As the UK government refuse to budge on their War on Drugs policy the SNP has now called for more devolved powers in order to try a tackle the matter. It would like to introduce, for example, safe places for those dependent on drugs to inject and dispose of needles. The Tory government says this would be a criminal act and cannot allow the Scottish government to introduce such health measures.

Sharon Brand, a self-help recovery worker in Dundee, gave a lot of evidence to the Commission. She argues that the Commission has started to give some hope to many people in Dundee and beyond, but if we are sitting here a year from now with the drug deaths figure just as high, then it will have failed.

But in some respects it has failed already. Unlike the Scottish Affairs Committee, it failed to include in its remit a debate around decriminalisation and legalisation. Dundee’s top cop Andrew Todd for Police Scotland addressed the Commission’s conference but had nothing to say about the policies of how the Dundee police should deal with the city’s drug dependent community. He certainly didn’t argue that they ought to be leading with kindness, compassion and hope.
This conference was a mixture of the “great and the good” from around Dundee but also with many of the city’s workers who are on the sharp end of dealing with drugs. It is these workers who will have the very difficult job of continuing to treat thousands in this city who are affected by drugs, legal or illegal.

Doobie do or doobie don't?

The fight for our health 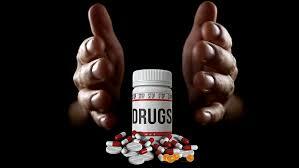