This article is over 14 years, 6 months old
At last, someone is standing up for fast food workers. Safe working conditions, reasonable pay and respectful management are mere side issues to the real problem facing McDonald's staff right now: their careers are lumbered with the unfortunate title of "McJobs".
By Patrick Ward
Downloading PDF. Please wait...
Sunday 01 July 2007

McDonald’s claims the phrase is “out of date and insulting” (while not clarifying when, exactly, it was acceptable to use the term).

McDonald’s says that in its staff surveys 90 percent of employees agree they are given valuable training that will be of benefit for the rest of their working lives, and 82 percent of its workers say they would recommend working at the company to their friends. Far be it from us to dispute the validity of these surveys – how could anyone earning the minimum wage not be appreciative?

And valuable training they have. In Illinois, lucky burger flippers even have the opportunity to sign up to the corporation’s “Hamburger University” (I would probably feel less ashamed being told I had a McJob than a hamburger degree, but perhaps that is just me).

With this important defence in mind, it is little surprise that the chain is fighting back. It has launched an online petition (www.changethedefinition.com) calling for the Oxford English Dictionary to change the definition of “McJob” to something more charitable than “an unstimulating, low-paid job with few prospects, especially one created by the expansion of the service sector”. After all, the English language is well known for its left-wing bias.

Luckily for McDonald’s it can rely on one section of society to stand shoulder to shoulder with its right to treat Hamburger McGraduates like cattle: New Labour. Clive Betts, Labour MP for Sheffield, has tabled an Early Day Motion in parliament demanding the definition be altered.

Betts, coincidentally, has this to say in the register of parliamentary members’ interests: “I received [a] match ticket, hospitality and coach transport [to the 2006 World Cup] from McDonald’s.”

Any confusion can be further clarified by the response of Alan Keen, MP for Feltham and another supporter of the motion, who had similar help from McDonald’s in attending the World Cup. “It is because I play football with the McDonald’s people that I understand this issue better than others,” he said in his and the chain’s defence. 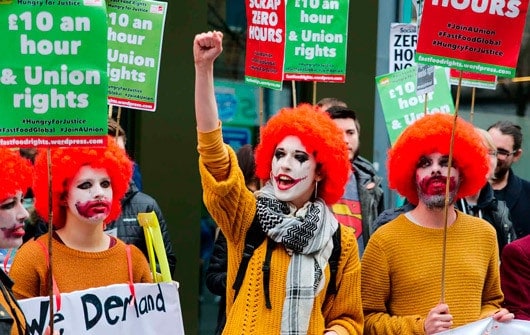 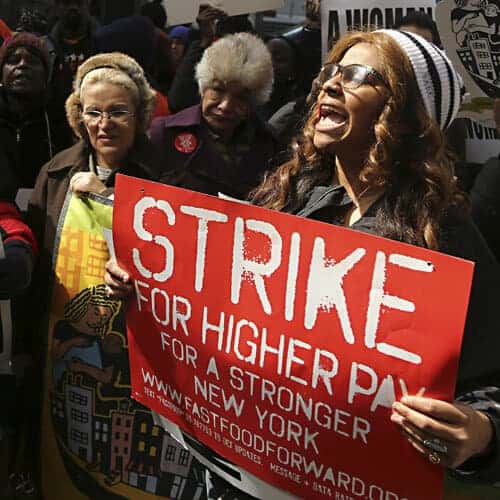