This article is over 17 years, 3 months old
Review of 'Love All the People' by Bill Hicks, Constable £12.99
By Michael Hepworth
Downloading PDF. Please wait...
Friday 01 October 2004

Bill Hicks died of pancreatic cancer at the age of 32. This book is the first eclectic collection of his material and provides a good introduction to the man and his comedy. Hicks believed US comedy raised laughs but not social awareness. Borrowing Chomsky’s words on the role of the intellectual, he said his job as a comic was ‘to tell the truth and expose lies’.

Born in Texas, the self-styled outlaw appeared on stage in Stetson, long black jacket and cowboy boots to deliver damning indictments of certain aspects of US society. He was a fierce critic of the first Gulf War, comparing the role of Bush Senior’s US regime to that of Jack Palance in Shane, throwing the gun to the frightened, reluctant sheepherder, exhorting him to pick it up, then blowing his head off, with the words, ‘You all saw him. He had a gun.’

He attacked the hypocrisy of justifying military action on the grounds that the world is a more dangerous place while arming it to the teeth for profit. In his routines, US intelligence knew Iraq was armed because they ‘looked at the receipts’ and soldiers talked of going in ‘after the cheque clears’.

During the ‘Persian Gulf distraction’, as Hicks dubbed it, he satirised the way they exaggerated the threat. Thus the ‘elite’ Iraqi Republican guard went from ‘ten-feet tall desert warriors’ who ‘never lost a battle’, to merely the ‘Republican guard’ after no response to continuous carpet bombing, and ended up as simply ‘the Republicans made this shit up about there being guards out there’.

Hicks attacks religious fundamentalism in the US, which he says allows no irony. He dismisses creationists who say that god created them on a day with the line, ‘Looks like he rushed it.’

In the letters Hicks tries to uncover why his entire set was cut from The David Letterman Show. The producers blamed the CBS standards watchdog who blamed the producers. He believed his set was cut because he attacked the influential pro-life lobby, observing that they generated lucrative advertising revenue for the TV station.

He dubbed the USA the United States of Advertising and freedom of speech being freedom to the highest bidder. He saw in the decision to axe his set the contempt with which the powerful elites treated ordinary people, the people he played to in comedy clubs across the US who could decide for themselves.

Though broadly on the right side of the tracks for socialists, Hicks could be sexist, reflecting, as well as chafing against, oppression. Nonetheless, his work remains extraordinarily prescient with its talk of fundamentalist religion in the White House, media spin-doctoring, establishment cover-ups and above all, of course, Iraq.

The Reason I Jump

Some of Millions: From Breakdown to Breakthrough 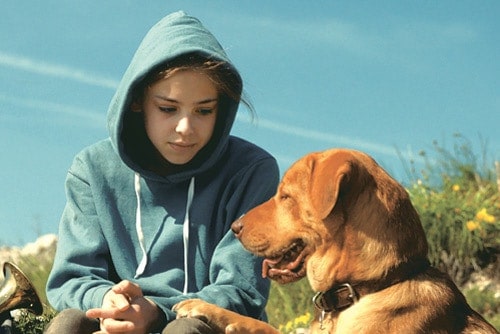