We first meet the protagonist of Jonathan Coe’s latest novel sitting in a restaurant overlooking Sydney Harbour. His wife walked out on him six months earlier, taking their daughter with her. Now, he’s flown halfway round the world to see his father but they remain strangers. His feeling of loneliness contrasts with the happiness he sees in the Chinese woman and her daughter playing cards at a neighbouring table.

Maxwell is not connected to another person as they are. His friends are Facebook “friends”. He’s no more than the mobile telephone card his surname suggests. He sends out and receives email and text messages but can’t really communicate. People are immersed in their laptops and virtual worlds. “We come within inches of touching each over,” he thinks, “but very little real contact goes on.”

Every attempt Maxwell makes to escape from his “terrible privacy” is comic, even grotesque. On the first leg of his flight back to London he hopes to strike up an acquaintanceship with the businessman in the next seat, oblivious to what befalls the stranger while he has been chatting away. The man’s replacement on the second leg of the flight is a young woman with a strange computer-based way of making a living. His hope for a relationship is, of course, dashed.

On a pseudo-epic quest to Scotland, which is an advertising gimmick to sell “green” toothbrushes, he revisits past friends, including his wife. But as each attempt to turn contact into something more becomes a comic failure, he increasingly feels that only his satnav system, whose electronic voice he turns into that of a “real” woman, can understand him.

Yet ultimately, after Maxwell learns about his father’s deeply repressed feelings and the comic muddle that led to his own conception, he glimpses a very different, and surprising, possibility of a relationship (you’ll have to read the novel to find out).

Jonathan Coe has always had an eye for political comedy. His early What a Carve Up! (1994) was a terrific satire on Thatcherism. Here the targets are neoliberalism and the marketisation of communication between people – the ground of Maxwell’s problems, if not of his very existence. As part of this, there is a fine moment of comedy at the expense of rich bankers and stock market gobbledygook.

Coe has always been interested in literary techniques. In What a Carve Up! he exploited the whodunit and popular cinema. Here Coe’s interest in modernist form is more muted. I won’t give the ending away, except to say that Maxwell’s fate (will he, won’t he find true happiness of the sort he detects in the Chinese woman’s relationship with her daughter?) has something to do with on-screen virtual reality. 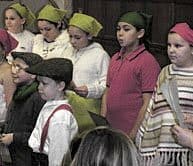 Signs of Revolt: Creative resistance and social movements since Seattle