The Test of Loyalty

Totalitarianism was the term Cold War warriors used to describe various regimes the US did not like. It was borrowed from Mussolini, who used it specifically to describe his Italian fascist regime. For the cold warriors it became a term of abuse that could be thrust on fascist and Communist regimes alike, thereby blurring any differences between them. The term could also be thrown at parties and individuals whose views did not concur with Washington. Cyrille Guiat’s study of the French and Italian Communist Parties stands firmly in this tradition.

From start to finish this study of the two parties stresses their links to Moscow and the old USSR, even though towards its end the Italian Communist Party had evolved into a classic Labour or social democratic party largely free from any links with – let alone control from – Moscow. In the 1930s and 1940s both parties had been firmly Stalinist. Both evolved away as the Stalinist monolith began to dissolve. In Italy the process went further. Guiat is right to attack those who portray both parties as organic products of French and Italian society but he never explains how both mushroomed in support. In France this started in the second half of the 1930s, but in both countries the key was the central role both parties played in the resistance to the Nazis and their indigenous fascist allies.

The book claims to examine how both parties used culture to buttress their support in two towns – Ivry-Sur-Seine in the Parisian suburbs and Reggio Emilia in central Italy. But the study of how they employed culture concentrates on municipal and party records from the 1970s, 80s and 90s and focuses on the use of council initiatives in the schools, theatres and libraries. By then both parties were entrenched in municipal power and both were in the process of decline.

How did the two parties gain a stranglehold on municipal power? Guiat does not provide an answer or give any picture of party life. Their role in the resistance was key. But in the Paris Red Belt and in the industrial cities of northern and central Italy the party did something else. It organised immigrant workers in the unorganised car plants and engineering firms and gave them a sense of community in the soulless neighbourhoods in which they lived. These immigrants were of course from rural France or Italy (though the French Communists recruited heavily among Poles and Jews who played a key role in the resistance).

What Guiat cannot seem to grasp is how in the 1930s and 40s the Communist Parties recruited the cream of working class fighters and still maintained a rigid loyalty to Stalin. Anti-fascism played a part, as did admiration for Russia (hard to imagine but Stalin’s armies had played the key role in defeating Hitler). But both parties also sank real roots in the working class, being at the cutting edge of agitation on the shop floor and in the communities (except when it ran counter to Moscow’s interests).

The French Communist Party is described as both Leninist and revolutionary despite the fact that if Lenin had reappeared in Paris he would have been hounded out of the party, and that any revolution in France would have involved a head on clash with the Communist Party (witness May/June 1968). For Guiat the lazy equation between Lenin and Stalin is accepted as a given fact.

Perhaps I should have been warned, as this volume is part of a series on ‘Totalitarian Movements and Political Religions’. At the end I was left wondering why working class people in Ivry or Reggio voted Communist year after year and what the party meant to them. Why did immigrants from the countryside rally to the Communists and why, in the case of France in the 1970s and 90s, did not the new wave of immigrants from North Africa? And how did the parties in both localities rise to the challenge of a new more radical left in the late 1960s and 70s? Alas, answers there were none. 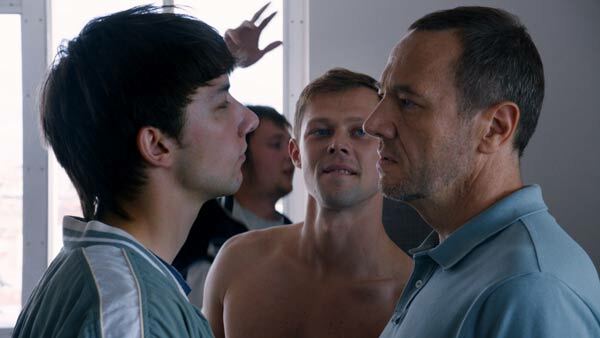