Their outrage and ours

Primarily interpreted as a manoeuvre to prevent MPs stopping a no deal Brexit, the “proroguing” has also been decried as an affront to democracy. Both are true.

The Financial Times is so dismayed by Johnson’s suspension of democratic processes that it has come as close as it is ever likely to to backing Jeremy Corbyn for prime minister:

“Those opposed to a no-deal Brexit must then cast aside their differences and pass a motion of no confidence in the government. This is unpalatable for even the most ardent Tory Remainers, and others such as the Liberal Democrats, since ousting Mr Johnson in time to affect the Brexit process may also require the creation of a caretaker government under Labour’s Jeremy Corbyn — an outcome they rightly fear. The overriding priority, however, must be to safeguard British democracy.”

Meanwhile, former ministers and Tory backbenchers have condemned the move, Scottish first minister Nicola Sturgeon has called for a general election before 31 October and Labour MPs Clive Lewis and Lloyd Russell-Moyle have suggested civil disobedience, ranging from occupying the Houses of Parliament to a general strike.

As we go to press over a million people have signed an online petition to stop the proroguing of parliament, and scores of protests have been called around the country with slogans ranging from “Stop Boris” to “Bollox to Brexit” to “General election now”.

But the establishment’s outrage is worth unpicking. Tory former justice secretary David Gauke tweeted: “Put to one side your views of a no-deal Brexit. Imagine that Jeremy Corbyn is PM, pursuing a policy that is unpopular in parliament and in the country. At a crucial moment he finds a way to evade parliamentary scrutiny for several weeks.”

Echoing the FT’s fear of a Corbyn government, such views expose the class war going on underneath the Brexit debate.

Boris Johnson is a nasty, hypocritical, self-serving Tory slimeball (as Ian Taylor explains in more detail in his article this month). He is seeking to stifle debate in order to get one over on his opponents in parliament, and to use the opportunity to make a series of announcements regarding education and health funding in a bid to strengthen his position with the electorate.

But we should be absolutely clear that the money announced by Johnson’s chancellor Sajid Javid goes nowhere near to compensating for the huge cutbacks we have suffered since 2009.

And this point is important, because it should remind us what “our great democracy” has delivered over the past decade: austerity, a hostile environment for migrants — now fully extended by Johnson to include the 3 million EU citizens living in Britain — and police racism (also given a boost by Johnson, as Brian Richardson spells out on page 9).

The democracy that we have in Britain is limited — the state machine continues to function and, most of the time, governments end up doing what is “right” for British capitalism.

This is why I took little comfort from former head of the — unelected — civil service, Robert Kerslake saying, “We are reaching the point where the civil service must consider putting its stewardship of the country ahead of service to the government of the day.”

But this is the bizarre situation we currently face — that the traditional party of the British ruling class, the Tories, has slid away from the interests of British capital. This disjuncture over the question of Brexit has given us Boris Johnson — and the prospect of huge battles on the streets and in parliament to break him.

Lenin once said that although the sort of democracy we have in Britain is “a great historical advance it always remains, and under capitalism is bound to remain, restricted, truncated, false and hypocritical, a paradise for the rich and a snare and deception for the exploited and the poor.

“Deceit, violence, corruption, lying, hypocrisy and oppression of the poor are hidden beneath the civilised, polished and perfumed exterior of modern democracy.”

A better description of the current state of official politics in Britain one could nary hope to find.

Nonetheless, even this limited representative liberal democracy was only won through the battles of working class people — and as we mark the bicentenary of the Peterloo Massacre, we should not forget it.

The citizens of Hong Kong are currently engaged in street wars to defend and extend their limited democratic rights and, as Lam Chi Leung points out in our interview with him this month, the necessity of struggle leads those taking part to look for further demands, confronting the limitations the current system works within.

The anger we are seeing on the streets of Britain is a fantastic way to begin the autumn, but the direction it takes is important.

If the fight against Johnson is characterised as simply Leave vs Remain, it will exclude the many Leave voters who hate the Tories and want them out. If the opposition is led by a coalition of Blairites and Lib Dems forcing Jeremy Corbyn to shift to their pro-EU stance, then the running will be in the hands of those who too often voted for the austerity policies of the past decade.

Johnson must be stopped — along with the rest of his Tory government — in the name not of backing the status quo, but turning it over altogether.

If there is a mood for a general strike, then let’s add it to the call from Greta Thunberg and the school students for a climate strike on 20 September; let’s join with the Extinction Rebellion activists who aim to bring cities to a halt this autumn; and let’s say no to austerity and racism, whoever is imposing it.

Falklands: self determination for some 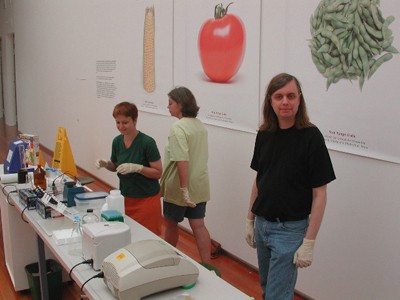 Women: Give Us a Break!