They Think It’s All Over

This article is over 19 years, 9 months old
As an active SWP member who also loves football, recent articles and letters apparently having a pop at the beautiful game have really wound me up. Happily, Pat Stack's wise and sympathetic article (September SR) calmed me down again--especially as he 'came out' as a footie fan, so making me feel less like a heretic!
By Ben Drake
Downloading PDF. Please wait...
Saturday 09 November 2002

So here’s my twopenceworth. Yes, football suffers from the evils of commercialisation and commodification. But hang on–which popular activity doesn’t? Yes, football is exploited to promote nationalism and racism–but which sport isn’t? And yes, football as an industry is institutionally sexist–but which industry isn’t? The point I want to make is why pick on football?

For many of us, football is joyful, inspiring and uplifting. It speaks of passion and struggle in a way which is lacking in day to day life under capitalism. No amount of tutting or rational argument will squash those feelings.

Surely, socialist football fans shouldn’t be shamefacedly hiding our enthusiasm, but rather engaging in the struggle for the soul of the game.

Football is a battleground, now more than ever. Most fans are angry about profit-driven exploitation and fed up of racism and bigotry. We can and should make the argument for taking football back from fat cats and fascists, for transforming it into what it has always promised to be, and could yet be–the People’s Game. 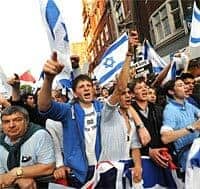