They’re back and nastier than ever

This article is over 6 years, 7 months old
The speed with which Cameron formed his new cabinet was a sign of the Tories' urgent desire to push through more austerity and racist attacks. Siobhan Brown looks at what we can expect.
By Siobhan Brown
Downloading PDF. Please wait...
Tuesday 02 June 2015

The shock result of a Conservative majority government was the news we didn’t want to hear. Most of us thought we wouldn’t. Ordinary people across Britain despaired at the thought of yet more cuts, redundancies and privatisation.

The Tories have already announced some of the most vicious cuts they can muster, with plenty more to come. That Iain Duncan Smith, the Secretary of State for Work and Pensions, has said that it is irrelevant for voters to know where £12 billion worth of welfare cuts will come from suggests they plan to only get nastier.

You just have to look at the records of the new ministers to get an idea of the warped priorities of the Tories. There’s Justin Tomlison, the new disabilities minister, who voted against protecting benefits for disabled children and cancer patients; Caroline Dinenage, minister for equalities, who voted against the introduction of same-sex marriage in 2013; Michael Gove, the new justice minister — hounded by education workers during his time as education secretary — who thinks we should bring back hanging.

One of the greatest continuing attacks we can expect is on welfare.

One example is the slashing of the Access to Work (ATW) fund. ATW enables disabled people to continue or start work through grants to make adjustments to their workplaces, from hearing loops to wheelchair ramps. The Tories now want to put a cap on how much disabled people can claim from the fund.

This is a further attack on a system that already doesn’t work for disabled people. Virtually all ATW claimants are left with less money following an assessment. For all their claims that they want “full employment”, the Tories are happy to let some of the most vulnerable in society become isolated and unable to participate in work.

Women will continue to suffer disproportionately under a Conservative majority government, just as they did under the coalition. The Tories have talked of reforming statutory maternity pay, asking employers to contribute more or abolishing it completely.

Iain Duncan Smith has also suggested that child benefit will be limited to the first two children, meaning women who have larger families will be particularly affected. They want to force single parents — 92 percent of whom were women in 2011 — to return to work when their children reach three years old. And just as the Tories attempted to restrict abortion rights during the last parliament, their majority means they will be more confident to press harder and faster to attack a woman’s right to choose. This is despite a clear majority of the British population, nearly 60 percent, supporting abortion law as it stands.

It was tough enough being young under the ConDems, and young people will continue to bear the brunt of Tory austerity. Not content with attacking education and youth services in the last parliament, the Conservatives now want to bar people under the age of 25 from claiming housing benefit.

Research by Shelter, the housing and homelessness charity, published in 2014, shows that a shocking 8 percent of people under 25 have been homeless in the last five years, with the number of young people sleeping rough doubling in the last three. Just 2 percent of properties are affordable for young single people on housing benefit. That nearly 30 percent of homelessness is caused by family or friends “no longer being able to accommodate” is a sad indictment of what these cuts will mean.

Stark
The already critical housing crisis will be exacerbated if the Tories’ cuts go through. Margaret Thatcher’s flagship policy, Right to Buy, is being pushed further by Cameron and his cabinet. He has promised to extend the policy to housing association tenants, alongside the continuing wholesale selling off of council properties.

In late May a stark example of just who benefits from the sell-off of these homes emerged when a council flat in west London sold for nearly £1.2 million. The money went straight into the pocket of a millionaire property developer.

The Conservatives’ insistence that everyone should buy their home is fantasy to the millions of private renters across the UK. They currently spend on average 30 percent of their income on their rent — in some boroughs of London this rises to two thirds.

The good news is that community housing campaigns have already had a good hearing and some successes. From New Era Estate in Hackney to the Focus E15 campaign in Stratford, east London, the signs of some sort of fightback over housing are promising. It is becoming clear that many workers, including those in the public sector such as teachers and nurses, can no longer afford to live in London. This reality can provide a well-needed political injection into the trade unions, who must put themselves at the centre of campaigning over housing, and also show the necessity of linking community campaigns to wider social forces.

Just as housing was a hot topic during the election campaign, so too was immigration. In a bid to out-Ukip Ukip, the Tories want to drive through harsher anti-immigration laws. These include seizing the wages of “illegal” immigrants working in Britain and introducing legislation to evict immigrants more quickly. Instead of going for those who exploit immigrants, the landlords and the bosses, the government wants to ramp up scapegoating to deflect attention from cuts and austerity.

One of the greatest fears following the Tories’ election surrounds the NHS. Under the coalition dozens of accident and emergency departments and maternity units have closed, while 51 walk-in centres and 60 ambulance stations have shut. More than 100 GP surgeries are at risk of closure and the number of NHS beds has been slashed. Community services, such as support for people with mental health problems, have been passed on to local authorities.

The effects of privatisation are already clear to see. At the end of May, Barts Health Trust in London was deemed failing by a health watchdog. The Care Quality Commission identified problems with care and a “blame culture” that manifested itself in bullying of staff and low morale.

The trust is paying back a Private Finance Initiative (PFI) loan that was introduced under the Labour government. This costs the trust £11 billion a year, including £500,000 a month on interest repayments alone. Barts is a startling example of what privatisation means for the NHS: over 200 staff have been sacked and nearly 500 downbanded.

Cameron wants to make Britain the first country with a “seven day health service”. Health unions have already argued against this, insisting that anti-social hours payments — higher rates for working weekends, nights and public holidays — will be halved for the plan to be implemented.

Smaller hospitals will lose maternity units and A&Es. The campaign around Lewisham Hospital in 2013, when the A&E was saved from closure, represented a fightback on the scale we need to see. The inspiring NHS pay strikes of 2014 also showed that workers have the power to fight back against cuts to pay and conditions which are exacerbated by privatisation. Cameron wants to prove that the NHS is safe with the Tories — but only safe for the profiteers.

A central feature of the Queen’s Speech was the introduction of new strike-busting laws. The government is proposing a ban on strikes unless 40 percent of eligible members vote for industrial action. This is from a government who less than a quarter of eligible voters opted for.

They also want to allow agency staff to break strikes when they take place. The first strike that would have taken place under the new Tory government, the rail strike that was set to take place over late May bank holiday (before being suspended to consider an offer) would have gone ahead under these new laws — but some strikes wouldn’t. With paper ballots and without a fighting leadership in unions, strikes that could galvanise support from across the movement will be left on the starting blocks.

Inadequate
The Tories have vowed to extend their hated education policies even further. Soon after the election Cameron proposed turning “coasting” schools into academies. Academies allow big business to profit from education, while proving no better than community schools in delivering services for children and young people.

Ofsted, the hated schools inspectorate, themselves show that academies set up by businesses are actually doing worse than schools maintained by local authorities. In research put together by the Anti Academies Alliance, 70 of 100 “sponsor-led academies” were deemed as requiring improvement or even as inadequate by Ofsted.

Nicky Morgan, the new education secretary, also announced plans to open 500 more free schools in the next parliament. Free schools can operate outside of existing legislation — they do not have to employ qualified teachers, for example, driving down wages for everyone else.

It is clear that the Tories would sell their own grandmothers if they had the chance – and then claim expenses for the trouble they took. They are out for education, welfare and the health system, and want to stop us fighting back.

There have been examples in recent years of a potentially effective fightback — and building solidarity has been crucial for the struggles we have seen.

However it might feel right now, the Tories are not as strong as they would like. A cabinet member has already told the Telegraph that they will quit to vote against scrapping the Human Rights Act. Andrew Mitchell, the former chief whip, has also already voiced dissent about the move. As the debate around EU membership hots up, we are likely to see splits in the Tories that we can take advantage of. 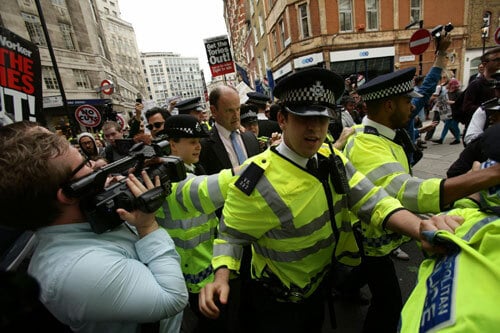 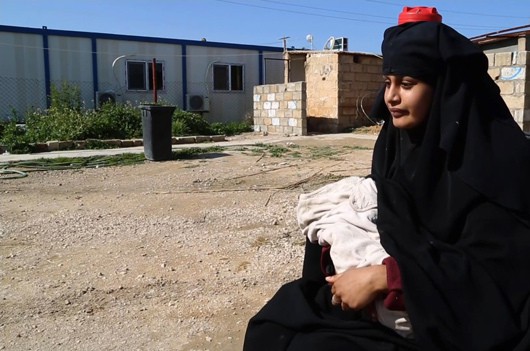