The 20th century opened with the hope of social advance based on enormous material progress. But the first half of that century suffered the devastation of two world wars over the spoils of empire. The economic boom that followed created the basis for social democracy in the West, national liberation in developing countries and the extension of ‘actually existing socialism’. The world crisis of the 1970s began the decline of these projects. The measures instituted to resolve the crisis of accumulation led to an increase in world inequality. However, they failed to resolve problems of low growth and rates of profit. The US, argues Amin, has launched a new offensive to restore its global hegemony as the basis for organising the economic, political and military dimensions of the global system.

The US can no longer afford to dominate the system without the help of the EU and Japan. This has given rise to a new form of imperialism – collective or ‘Triad’ imperialism. Intensification of global competition means that modern corporations now need at least 500 to 600 million ‘potential consumers’ to be viable. Only US-led collective imperialism can defend the interests of the whole ‘Triad’ and manage the market.

Central to US domination is the use of military force to exert political or military control over a chosen ‘enemy’ in coveted geostrategic areas. It also ensures the subjugation of other ‘Triad’ members, extends the influence over eastern Europe and central Asia, and wards off challenges from ‘upstarts’ like China.

Collective imperialism cannot prevent, argues Amin, the aging and decay of global capitalism. The world has become polarised between the centre (the rich countries) and the periphery (the poorer countries), creating ‘apartheid’ on a world scale.

Amin’s alternative for a non-American century is based on a ‘front for social and international justice’, involving a process of democratisation of social life, humanist globalism and regionalisation. For the left to provide leadership it requires ‘strategies and tactics to rally all political forces, ideological currents and social movements struggling against neoliberalism and imperialism, or for democratic advances, women’s liberation or sound ecological management of the planet’s resources.’

Amin makes an interesting theoretical contribution to the struggle for an anti-capitalist alternative. However, his analysis of imperialism is faulty. The nature of capital accumulation on a world scale means competition on the world market is the most intense among the ‘Triad’ and other major economies. Although there is conflict between the centre and the periphery, this is a result of the US and other major economies ensuring profits, largely made in the centre, by controlling resources and markets around the world. The conflicts between the US, EU and Japan are minor by historical standards, but this could all change depending on the state of the world economy. China’s rise will only create more conflict as competition becomes more intense on the world market.

The international front for global change cannot be centred on the struggle between centre and periphery, imperialist and non-imperialist countries, but between those at the bottom of society and those at the top globally. The project for the left in the new century is to rally all those forces around the world that want such an alternative front. 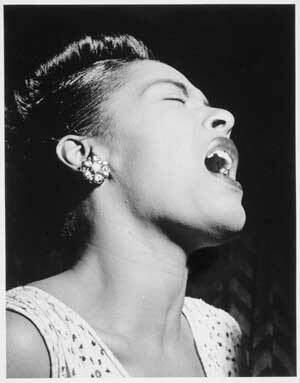