Tinker, Tailor, Soldier, Spy directed by Tomas Alfredson is one of the most eagerly anticipated films of this year. The film is based on John le Carré’s bestselling 1974 spy novel of the same name. Many readers will also be familiar with the 1979 BBC adaptation starring Alec Guinness as Smiley.

Having been forced into retirement Smiley is brought back into the “circus” (MI6) when a rogue agent brings back information indicating that a Soviet mole is working at the top of the British intelligence service. Smiley is forced to work outside of the service to find out which of his former colleagues is working for the Russians. Through Smiley’s pursuit of his suspects we get a feel for those who work for MI6. The spies in this film are not suave and sophisticated Bond-like heroes, but flawed and damaged human beings who have been used and abused by MI6.

The film is set in the 1970’s, but it matches our expectations of the secret service in 2011. As a country we are much more aware of the unpleasant role that MI6 has played including allegations of torture and illegal rendition. We are aware that surveillance is widespread and all this influences how we view spies. As part of the establishment MI6 is viewed with the same kind of cynicism with which we view politicians, police and the mainstream media. At one point MI6 is described as having “too much failure, too many scandals” – a fitting description of the British establishment in 2011.

This is a portrayal of MI6 not as an organisation full of gentlemen spies but as a large public sector organisation subject to political manipulation like other such bodies. At one point the agents have to go to a cabinet minister and argue, “You have spent millions on nuclear warheads and you won’t give us a few thousand for a safe house?”

There are many terrific performances in this film, but special mention has to be made of Gary Oldman who plays Smiley. Oldman portrays Smiley as efficient and ruthless and is completely convincing.

In the end Smiley doesn’t just uncover the Soviet mole – he exposes the moral bankruptcy that is at the heart of the secret service. This is one of the best political thrillers I have seen and I thoroughly recommend it.

Tinker, Tailor, Solider, Spy is directed by Tomas Alfredson and is released on 16 September. 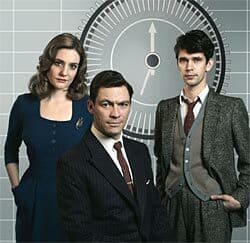 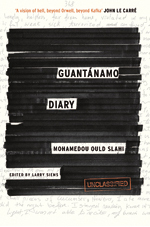