This article is over 13 years, 1 months old
A recent BBC poll of 53 university vice-chancellors reveals that two thirds want the top-up fee cap to be increased from the current £3,000.
By Jennifer Jones
Downloading PDF. Please wait...
Wednesday 01 April 2009

More than half of those polled would like the fees to rise to at least £5,000, with some even calling for either a £20,000 cap or none at all. The poll coincides with the government’s announcement that fee levels are to be reviewed this summer.

Meanwhile a study by Universities UK (UUK), the body representing university heads, came out last month. Based on interviews with vice-chancellors and official data, it states that if fees were increased to £5,000 a third believe students would not be “put off entering higher education”. The report does, however, state that any rise to above £7,000 would discourage students from low-income families. The Russell Group, of Britain’s largest and richest universities, and the 1994 Group have welcomed the report, both framing their receptions on arguments around “competing in the international market”.

In response, Wes Streeting, the president of the National Union of Students (NUS), said, “In the context of the current recession it is extremely arrogant for university vice-chancellors to be fantasising about charging their students even higher fees and plunging them into over £32,000 of debt.”

But there have been serious problems with the position of the NUS leadership on this question. It has failed to galvanise students seriously in a struggle against fees for over ten years. The leadership continues to argue against a national demonstration over fees and has aligned itself consistently with government policy on education and other issues. It should be no surprise that vice-chancellors feel they can speak in favour of increasing student debt.

When ex-education minister Charles Clarke was asked about the UUK report he said the argument about top-up fees had “already been had” and they were a proven success due to the “little criticism” they now receive.

The NUS leadership is responsible for smoothing over criticism of the Labour government. With a recent governance review, which has seriously undermined the democratic structures of the union, the NUS has weakened its ability to lead the mass student campaign that will be needed to defeat the government. How do NUS leaders expect vice-chancellors and MPs to shift if no pressure is put on them?

This is where official NUS opposition to raising the cap, but also failing to oppose fees, is demonstrated as totally flawed. Once the student movement accepts that education is a market, we are opting for a system where profit and commercial value are put well ahead of the quality of education.

The recent wave of inspirational college occupations over the war on Gaza, which saw students in nearly a third of institutions take often successful militant action, shows the potential for also challenging the marketisation of education. It is this sort of pressure which can genuinely determine the future of higher education. 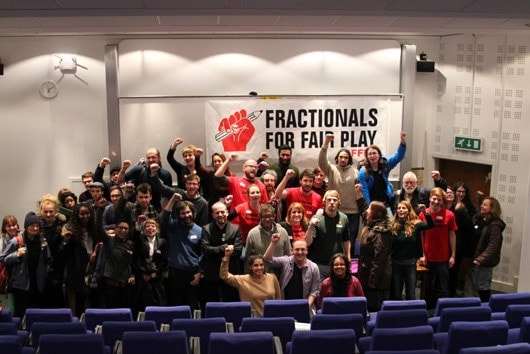