Caryl Churchill’s Top Girls, set in 1980s Britain, three years after Thatcher came to power, is a play of binaries. The first two acts uncover the rampant competition and disregard some women have for one another in a world where monetarism and individualism are rife. Marlene, the lead, having just been promoted to managing director of the ironically named Top Girls employment agency, adopts the behaviours of bourgeois feminism which gradually culminates into a blatant championing of Thatcher in a political argument with her working class sister in the play’s final act: “She’s a tough lady, Maggie. I’d give her a job”.

The surreal first act in which Marlene (Katherine Kingsley) celebrates her promotion with female characters, real and imagined, spanning from the 1st to the 20th century was superbly executed by all. The increasingly uproarious scene fuelled by alcohol and overlapping dialogue, showcases a self-centred, yet simultaneously self-sacrificing, group of women who have all suffered at the hands of men. The audience is left wondering how much has really improved for women with Marlene’s glibly mistaken assertion “we’ve all come a long way.” Although we never encounter these characters again, except for Marlene, the colliding backstories, foreground the theme of female suffering and sacrifice, albeit hilariously at times, and adeptly set up the ruthlessly competitive environment of the 1980s workplace which follows in Act Two.

This production, directed by Lyndsey Turner, despite some updating, remains firmly placed in Churchill’s 1980s context with the shoulder pads, big hair and bold eyeshadow to prove it. What is new is the size of the cast; 16 women in total. Previous productions used doubling with the same actor playing two roles and, although some of the parallels between the historical and modern characters emerged as a result (Gret and Angie in particular) it was never Churchill’s intention for resonances to be true of all the doubled roles. This aspect of Turner’s production has received mixed reviews. For me, it works; the sense of competition between the women is amplified and the bigger cast complements existing aspects of Brechtian alienation effect.

With so many self-obsessed characters one doesn’t easily sympathise. After all, Marlene’s colleague, Nell (Nadia Williams), the character who most overtly appropriates sexist parlance boasts “I’m as jolly as they come but I’m not very nice”. That said, one can’t help fear for the fate of Angie (Liv Hill), Marlene’s niece who has an uncertain future. With no qualifications, confidence or social skills she is likely to join the 3 million unemployed of the play’s era. Even Marlene with her “I don’t believe in class” (redolent of Thatcher’s infamous “there’s no such thing as society”) evokes a semblance of pathos for just how misguided she is if nothing more.

While never didactic, this play illuminates an important time in Britain’s history through starkly contrasting female experience, allowing us to draw our own conclusions. With prevailing pay inequality, it is as relatable today as it was in 1982, and the question of how far women have really come resonates. 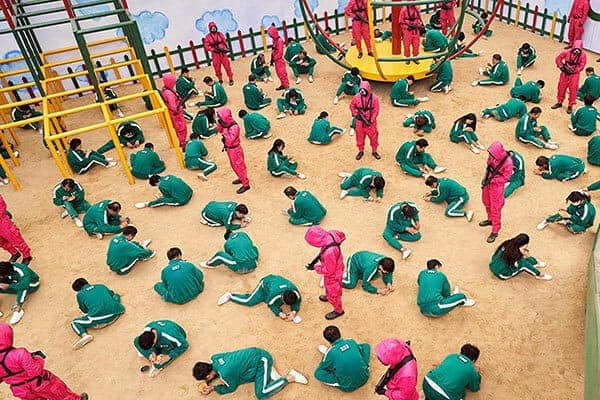 The Memory of Millions