The blurry, pixelated images of a dead Saddam Hussein on the covers of our newspapers were just the latest evidence of the way the “war on terror” has helped produce and normalise a voyeuristic image culture of death and torture. It is an “aesthetics of terrorism” that has drawn on the darker corners of violence and pornography in US culture, and helped, in turn, to bring those formerly fringe values into the mainstream.

Last year the communications agency Lee & Dan caused a storm of controversy by producing a viral advert (an advert designed to be circulated by internet users) for the Volkswagen Polo car.

It shows a man hopping into the car wearing a Palestinian keffieh scarf. He drives around a city before blowing himself up – killing himself but leaving the car undamaged. Then the slogan, “Polo: small but tough”, appears.

Though not intended for public consumption or sanctioned by Volkswagen, the ad did the rounds on the net, producing the desired effect of maximum publicity for its creators.

Now the fashion magazine Vogue Italia has got in on “terror chic”. It recently ran pictures dubbed “State of Emergency”. They were shot by eminent fashion photographer Steven Meisel and advertised clothes from Prada, Dolce & Gabbana, and others.

The pictures taken by US soldiers in Abu Ghraib, however, also reflect a shift in the way pictures are used. They are now less objects to be saved than messages to be disseminated.

A digital camera is a common possession among soldiers. Where once photographing war was the province of photojournalists, now the soldiers themselves are all photographers – recording their war, their fun, their atrocities, and swapping images among themselves and emailing them around the globe.

“It is surely revealing, as more Abu Ghraib photographs enter public view, that torture photographs are interleaved with pornographic images of American soldiers having sex with one another. In fact, most of the torture photographs have a sexual theme, as in those showing the coercing of prisoners to perform, or simulate, sexual acts among themselves…

“Even more appalling, since the pictures were meant to be circulated and seen by many people: it was all fun. And this idea of fun is, alas, more and more – contrary to what President Bush is telling the world – part of ‘the true nature and heart of America’.

“It is hard to measure the increasing acceptance of brutality in American life, but its evidence is everywhere, starting with the video games of killing that are a principal entertainment of boys – can the video game ‘Interrogating The Terrorists’ really be far behind? – and on to the violence that has become endemic in the group rites of youth on an exuberant kick… to the hazing rituals of physical brutality and sexual humiliation in college fraternities and on sports teams, America has become a country in which the fantasies and the practice of violence are seen as good entertainment, fun.”

Steven Meisel, the 52 year old US photographer who did the pictures for Madonna’s Sex book in 1992, has not and will not explain his thinking for the Vogue shots. In the fashion industry, so regularly accused of using dubious imagery – “heroin chic”, say, or “corporate paedophilia” – there is little scrutiny. Why would there be? It’s fashion. 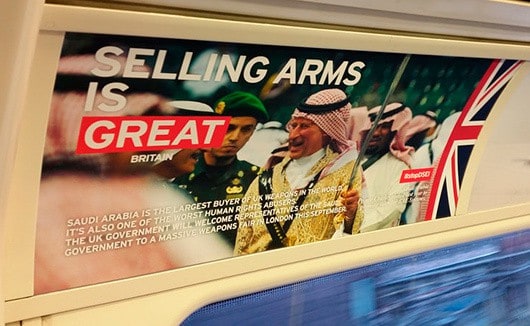 War and Resistance: A Perversion of Justice