This article is over 20 years, 3 months old
Review of 'Five Past Midnight in Bhopal', Dominique Lapierre, Simon and Schuster £17.99
By Beccy Reese
Downloading PDF. Please wait...
Wednesday 01 May 2002

The tragedy of a toxic leak from Carbide’s pesticide factory in Bhopal, India resulted in the worst industrial disaster in history, causing over 30,000 deaths and 50,000 injuries, and is felt almost 20 years after ‘the event’. It was a request for help setting up a clinic that prompted Dominique Lapienne to spend three years searching for the truth behind the leak.

Carbide emerged at the beginning of the 20th century and became one of the mightiest US chemical companies. The company rose to prominence during the First World War producing components for armour plating and gasmasks. Further advances in warfare were to see Carbide collaborate in the Manhattan project to produce the first atomic bomb 25 years later.

The early 1960s had seen severe food shortages across the whole of India. A new variety of high-yielding corn led to the green revolution across the country. The high yields required greater amounts of fertilizer, water and also pesticide. A new market opened up for the growing agribusinesses.

When Carbide arrived in Bhopal there was much excitement. The daily wage of 20 rupees was a small fortune to the impoverished inhabitants. But Carbide ‘was founded on one religion alone: the religion of profit. The blue and white hexagon was not a symbol of progress; it was just a commercial logo.’

Sevin, the pesticide that Carbide was to produce in Bhopal, contained one of the most toxic known chemicals, methyl iso-cyanate (MIC). Bottles containing the chemical are marked ‘Fatal if inhaled’ and on contact with a few drops of water or a few grams of metal dust it undergoes an uncontrollably violent reaction. The US Carbide plant that contained MIC had an impressive arsenal of safety equipment. But the results of Carbide’s own toxicological tests were so terrifying that the company prohibited their publication. So it is hardly surprising that when Carbide’s envoys went to Bhopal they failed to mention the toxicity of Sevin’s ingredients.

Unfortunately for Carbide it could not sell the amounts of Sevin needed to maintain a profitable operation in Bhopal. The experts who understood the risks and who knew the safety procedures left India. The factory stopped producing pesticide, but the tanks of MIC remained.

The night when 63 tons of MIC leaked from the factory had started in celebration. The Ishtema festival brought thousands of pilgrims from all over India, as well as from Pakistan and Afghanistan, to Bhopal. The slum inhabitants were also celebrating. The descriptions of the disaster are horrific. The main killer that night was hydocyanide acid. The pathologists who performed autopsies found blood as thick as jelly; lungs the colour of ash secreting frothy liquids, and hearts, livers and spleens that had tripled in size. The bravery of the hospital workers, surrounded by immense suffering, was great.

Outside the hospital others did what they could to ameliorate the disaster. The station coolies attempted to stop a packed incoming train by standing in its path and were killed. But there was much cowardice from those in authority. The head of the local government, Commissioner Singh, attempted to order barricades to stop people leaving the area. There was suspicion that only one month away from elections he was scared that the exodus would cause a loss of votes.

The intricate details of the lives and deaths of those living and working around the factory are meshed with extensive descriptions of the dealings that enabled the building of such a dangerous facility. Using one tragic event, this book successfully exposes the inability of a profit driven market to ensure safety and environmental protection. 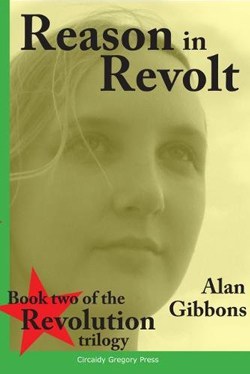