Michael Winterbottom’s latest film, Trishna, is a modern take on Thomas Hardy’s Tess of the D’Urbervilles, set in India. As in Hardy’s original tale, the film follows the journey of a young woman who struggles to shape her own life but is ultimately trapped by class inequality and sexual oppression.

London-born Jay is the son of a wealthy Indian businessman travelling through India with friends, when he meets Krishna (played by Freida Pinto, star of Slumdog Millionaire), a beautiful 19 year old from a poor rural family. When her father is crippled in an accident and her family face destitution, Krishna takes up Jay’s offer of a job in one of his father’s hotels in order to support her family. The faded grandeur and beauty of the hotel’s grounds, a palace in the Rajasthani countryside, provide the backdrop to the growing attraction between Jay and Krishna. It is also a constant reminder of the deeply stratified and unequal society to which they both belong.

Later Krishna joins Jay in Mumbai where she tries to pursue her passion for Bollywood dancing, the glamour and romance of which represent the dream of a better life. The city offers the couple an escape from the narrow confines of rural life and the freedom to love and live together. But Krishna is now completely dependent upon Jay, which increases her isolation and vulnerability.

The setting of modern India works well in conveying the central theme of women’s oppression, in particular the deeply conservative and hypocritical attitudes to women’s sexuality. Shame and stigma follow Krishna when she becomes pregnant outside wedlock. She is banished by her father at the same time as he lives off the money she sends him.

Although initially a sympathetic character, Jay is the son of a millionaire and behaves in an increasingly controlling manner towards Krishna. After Jay is forced by his family to abandon his own dreams and returns to run his father’s hotels their relationship darkens. Sexual desire becomes distorted by the stark power imbalance between them, and Krishna is treated as a sexual object.

Winterbottom has said he chose the setting of India because, like 19th century England, this is a society undergoing rapid social and economic change. In Thomas Hardy’s novels rural life has been turned upside down by rapid industrialisation leaving the rural poor increasingly insecure. In Winterbottom’s film Krishna moves from a rural to an urban life, from being a farm labourer to a college student to a factory worker to working in a hotel serving India’s wealthy elite. Her emotional journey is just as vast.

This is a beautifully made film. The camera often lingers in long, atmospheric shots which capture the noise and turmoil of Mumbai and the colour and beauty of the countryside. Parts of the film are unscripted and this use of improvisation adds to the believability of the characters as they move towards their tragic end.

Sounds which stick a finger up at Blair

Right on the Bookshelves

If We All Spat Together... We’d Drown The Bastards - Mick Mulcahy 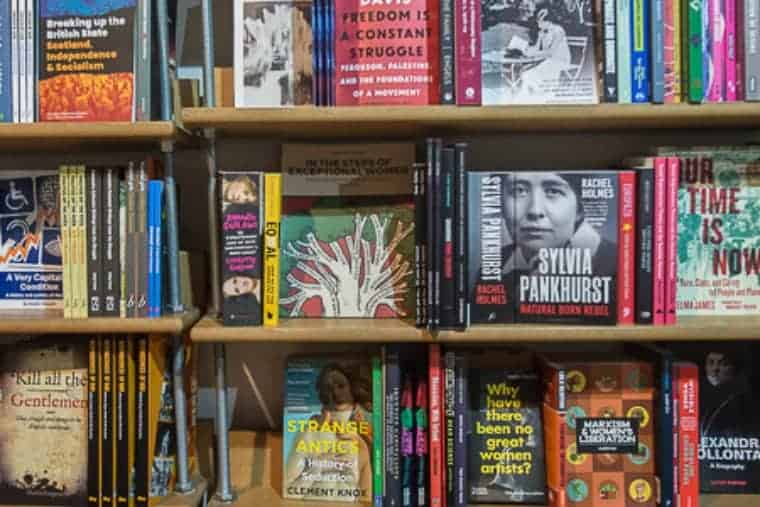